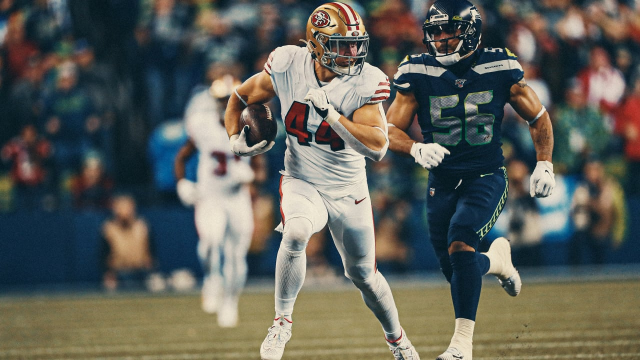 The San Francisco 49ers will be traveling to Seattle to take on the Seahawks for the first of their two divisional matchups this year. The game will take place on Sunday, November 1st, at 1:25 p.m. PST; it will be aired on the FOX channel. The Seahawks are one of the remaining teams that are not currently allowing any fans to attend home games due to their Covid-19 precautions.

Seattle is currently sitting at the top of the NFC West at 5-1, but they are coming off a severe overtime loss to the Arizona Cardinals last Sunday Night. They led the entire game until the Cardinals took the lead at the end of overtime with a game-winning field goal. The Seahawks lead the league in points per game average at 33.8.

Most Valuable Player candidate Russell Wilson had his worst game of the year thus far last week against Arizona, throwing three interceptions. He still ranks at the top of the NFL in terms of passing touchdowns, with 22. The Seahawks leading receiver, Tyler Lockett, is coming off what may have arguably been game of the year so far as receiving goes, catching 15 of his 20 targets for 200 yards and three touchdowns. DK Metcalf was contained for the most part last week but remains a matchup problem for defenses. Running back Chris Carson has been excellent this season, averaging 4.8 yards per carry with 323 yards in total and three touchdowns. He has been a threat through the air as well, catching 22 passes for 147 yards and three touchdowns.

Once again, last week, Seattle’s defense gave up a ton of yardage; in total, the Cardinals had 572 yards. Seattle is ranked last in the league when it comes to the yards per game category. Their bend but break defense, led by All-Pro linebacker Bobby Wagner, has been problematic for them at times. One thing that will look up for them next week is that Garoppolo is not the type of dual-threat quarterback that Kyler Murray is, which Seattle struggles to guard.

The 49ers are coming off two great wins, one against the Los Angeles Rams and a blowout against the New England Patriots. They will be hot coming into this matchup but remain in the last place within the NFC West, at 4-3. They had 467 yards of total offense last week against the Patriots, so look for them to have another high yardage output against Seattle’s league-worst defense in terms of yardage allowed. San Francisco is ranked in the middle of the league, at 16th, in points per game, averaging 25.9.

49ers quarterback Jimmy Garoppolo has been average this year with seven touchdowns and four interceptions but has led the 49ers offense to the league’s 12th ranking. The 49ers leading receiver Brandon Aiyuk is coming off a huge game, reeling in six of his seven targets for 115 yards total. Star tight end George Kittle leads the team in yards and catches, averaging 87 yards per game. Running back Jerick McKinnon will be called upon as the starter this week; in limited action this year, he has 210 yards on 44 rushes with three touchdowns. He also has 17 catches for 117 yards and one touchdown.

Linebacker Fred Warner leads the San Francisco top-5 ranked defense; he has 57 tackles and two interceptions. They will be without star edge-rusher Nick Bosa after he injured himself earlier in the season, declaring him out for the year. The 49ers are still missing cornerback Richard Sherman as well. They have only been allowing 19.4 points per game coming into this matchup; something will have to give as Seattle is averaging a league-high 33.8 points per game.

For the Seahawks, star safety Jamal Adams is hopeful of returning to the lineup this week after missing the past three games due to a groin injury. Starting cornerback Shaquill Griffin will be out, and nickel corner Ugo Amadi is doubtful. Seattle is already giving up the most yardage per game in the NFL. On offense, starting running back Chris Carson is questionable, and backup Carlos Hyde is doubtful, along with starting left guard Mike Iupati.

For the 49ers, starting linebacker Kwon Alexander and starting safety Jaquiski Tartt are both doubtful to play. On offense, wide receiver Richie James is doubtful, and starting wide receiver, Deebo Samuel has been ruled out along with running back Jeff Wilson Jr., who had a monstrous game last week in relief of former starter Raheem Mostert who is now on the injured reserve. The 49ers will be down to their third-string back this week.

Be sure to tune in this Sunday on FOX, it’ll be a good one!