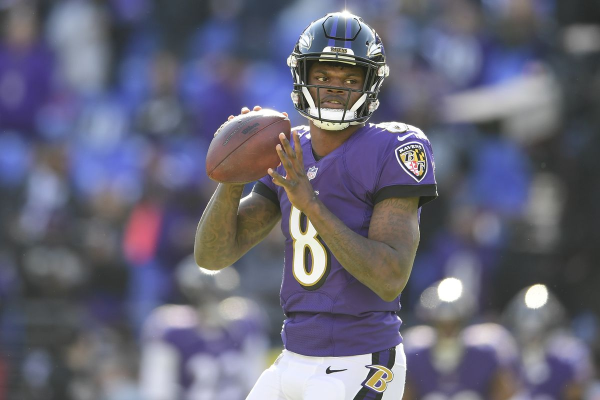 The Houston Texans play host to the Baltimore Ravens on Sunday with hopes of bouncing back from a season-opening loss last week.

The Ravens, on the other hand, are in a great spot to build momentum after opening with a victory in Week 1.

Kickoff is scheduled for 4:25 p.m. ET at NRG Stadium in Houston.

The Ravens looked like a well-oiled machine in a 38-6 destruction of AFC North rival Cleveland Browns. Reigning NFL MVP Lamar Jackson was 20-for-25 passing for 275 yards and three touchdowns, and rookie RB JK Dobbins scored two rushing touchdowns. After jumping out to a 10-0 lead, Baltimore was never in danger of not covering the closing spread of +7.

Houston scored a touchdown in the first quarter, but that was not nearly enough in a 34-20 loss to the Kansas City Chiefs. The Texans missed wide receiver DeAndre Hopkins, who was traded in the offseason and caught 14 passes in his debut with the Arizona Cardinals.

The line at most shops opened at Baltimore -6 last week but quickly moved to Baltimore -6.5 after both teams completed their season openers. As of Saturday, DraftKings and FanDuel both listed the Ravens as 7.5-point favorites.

Both web sites list the over/under total at 50, which is the second-highest total of the week, behind only the Falcons-Cowboys game.

A hefty number of trends favor Baltimore in this one. Take your pick from 4-0 ATS as a road favorite, 8-1 ATS versus AFC teams, or 9-2 ATS in their last 11 games following a straight-up win.

The Texans have a good one in their favor with a 10-2-1 ATS record in their last 13 games following an ATS loss, but several others go against them. Houston is 5-11 ATS in its last 16 games with a winning record, and it is 3-7 ATS in its last 10 home games.

Both teams are capable of lighting up the scoreboard, but a handful of trends favor the under in this match-up.

If you believe the Ravens will jump out to an early lead, it might be good to take the over on Deshaun Watson’s passing yards prop. FanDuel has it listed at 250.5 yards. With the Texans chasing the game last week against Kansas City, Watson passed for 253 yards.

The Texans offense looked like a group still trying to find itself, which makes sense because WR DeAndre Hopkins plays for Arizona now. Only WR Will Fuller stood out in the passing game, and the Texans couldn’t build any momentum. They’re probably not as bad as they looked against Kansas City, but for the second week in a row, they’re facing an elite offense that will be difficult to keep up with.

Baltimore, on the other hand, came out of the gates fast. The Ravens picked up where they left off the 2019 regular season, which included a 41-7 home win over Houston.

If you’re a Baltimore bettor, hopefully, you already got your money down before you had to pay for the hook. That makes it difficult, but the hook has not come into play much for the Ravens in regular-season games with Lamar Jackson at QB.

We still recommend a play on the Ravens at -7.5 points.