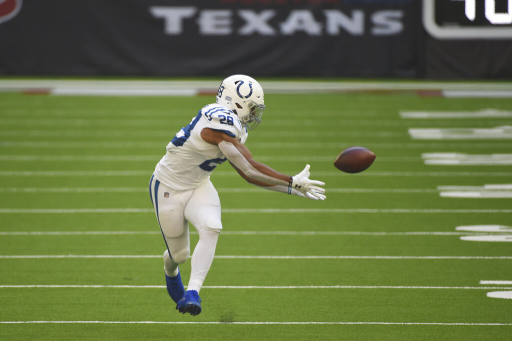 In what could prove to be a deciding game for both team’s playoff hopes, the 7-5 Raiders host the 8-4 Colts in Las Vegas on Sunday afternoon. Each team will look to make a statement after snatching victory from the jaws of defeat in the final seconds of their Week 13 games. The Raiders and Colts enter the game with a 7-5 ATS record. Las Vegas set as a 3-point home underdog at FanDuel.

Raiders with an offensive advantage in key areas

Colts defense has taken a huge step back

The Colts defense started off their 2020 campaign being one of the most dominant units in the NFL but they’ve sputtered out in recent weeks. If you look at their season average in opponent yards per play they rank an impressive 8th at just 5.9 yards. If you take that same statistic and look at it over just the past three games, the Colts rank dead last in the NFL at 6.5 yards. That’s right, dead last.

Similar things can be said when looking at their scoring defense. 10th in the NFL in opponent points per game throughout the full season, but they rank 29th in that category over the last three games.

It may be tempting to bet against the Raiders after getting steamrolled against the Falcons two weeks ago and then almost losing to the winless Jets if it wasn’t for a last-second Hail Mary, but it might be a good time to gamble on Las Vegas.

After an extremely easy start to their schedule, the Colts have begun to show their true colors, especially on the defensive side of the football. Their only wins against teams with winning records this season have been against the Packers in overtime and the Titans, who they then lost to two weeks later.

Meanwhile, the Raiders have wins over the current number one seed in both conferences in the Chiefs and Saints as well as a victory over the 9-3 Browns.

With the total set at 51.5, a bet on the OVER has to be considered. With how bad the Colts defense has been in recent weeks paired with the Raiders defense being below average at best throughout the course of the season, you have to imagine that this game may end up being a shootout.