Raiders Playoff Hopes Dwindle After Blow Out By Falcons 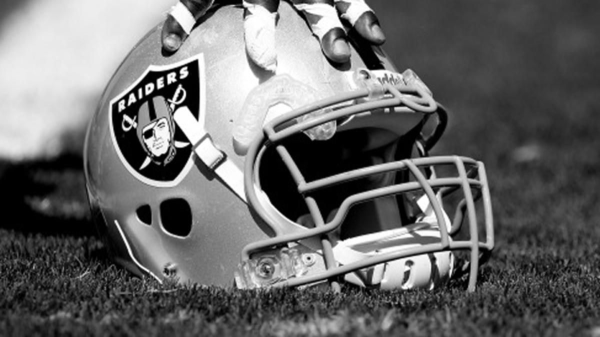 How bad was the Las Vegas Raiders loss to the Atlanta Falcons on Sunday? Let’s put it this way, the team is now 6-5, might have a quarterback problem and dropped to a 45% chance of making the playoffs. Keep in mind, this was the team that handed the Kansas City Chiefs their first loss of the season, and were holding steady at a 70% chance of making the playoffs according to fivethirtyeight.com.

The dramatic dip in odds has to do with the fact that many other teams in the AFC notched wins over the weekend. It is also likely a reaction to the Raiders losing to one of the worst teams in the league, which is not a good look for a team hoping to make their first postseason in over a decade. If nothing else, the Raiders are almost in a position where they have to win their final four games of the season just to build back up their momentum.

What’s really disappointing is that the Raiders were just starting to look like a team on the cusp of making the playoffs. Of course, they probably weren’t going to win their division, and would be forced into a wildcard spot, but the Raiders were still proving critics wrong. They were also playing some of the best football they had in years.

Raiders were the underdogs from the beginning

Remember, this is a team that went from not even being on the playoff radar, to becoming a threat. Sure, they started off with a +110 to make the postseason, and –165 to miss it, but they proved to be much better than that. In fact, they managed to knock off the Kansas City Chiefs, and the Cleveland Browns this season! They even almost beat the Chiefs a second time, falling short in the closing minutes.

Now they have a defense that struggles to get the offense off the field, an offensive line that has been absolutely brutalized, and an offense that isn’t showing much promise. Add in the fact they just lost to the 4-7 Atlanta Falcons, and you can see why it looks like things are going off the rails. What can the Raiders really do at this point though? Is the team even capable of salvaging the season?

Possibility of a rebuild for the Raiders?

For example, let’s say they bring in Marcus Mariota. What if he proves to be just as big a flop as Carr was on several occasions? Not only does this create a polarizing conversation of who is the lesser of two evils, it also creates the possibility that neither are the true future. If the latter is true, this could force the team to look for a new Quarterback and go into full blown rebuild mode.

Furthermore, what about their wide receivers that can’t seem to catch the ball in critical moments of the game? While Henry Ruggs III and Hunter Renfrow still have time to grow, Darren Wallner, Jason Witten and Nelson Agholor are starting to become liabilities. This may force a few changes at the wide receiver position next year, which will be interesting to watch play out. They also might want to look into a more suitable backup for Joshua Jacobs in order to decrease the young man’s work load.

Raiders still have a shot at the postseason

At this point, the Raiders can still make it to the playoffs if they manage to defeat the Miami Dolphins, and the Indianapolis Colts later on this season. Both teams are currently ahead of the Las Vegas Raiders in the wildcard hunt, making these two games must win for the Raiders. It’s also being claimed that the Raiders can only afford one more loss before being eliminated from the playoffs entirely , and it can’t come against a wildcard team.

In the end, it’s a game of what will put the Raiders in the best position to win the playoffs, but there seems to be no simple answer to that question. Beyond that, dropping to less than a 50% chance of making the playoffs must be absolutely defeating for this team. It might even be enough to cause a full-on implosion to close the season.