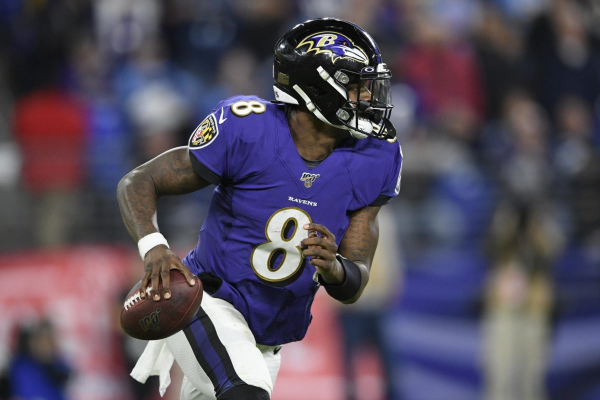 Just because there is an off week before the Super Bowl doesn’t mean that we are without football. The annual Pro Bowl will be held this Sunday at 3 p.m. ET at the Camping World Stadium in Orlando, Fla., pitting the best of the AFC versus the NFC.

Well, almost all of the best, as several players have had to bow out, given that they will be playing in a Super Bowl next week. Still, in what has become a game of the best talents around the league, the betting prospects are interesting.

While many people assume that no defense is played during a Pro Bowl, arguments can be made to the contrary. For instance, in last year’s Pro Bowl, the combined final score stood at just 33 points, with the AFC defeating the NFC 26-7.

Speaking of the NFC, it is looking to end a little drought. Since returning to the AFC vs. NFC format, the AFC has won the last three matchups. The NFC will be looking for its first victory since 2013 when it beat the AFC 62-35.

The NFC actually comes into this one as a one-point favorite. The moneyline currently sits at the AFC -106 and the NFC -115.

While all of the players in this game will be at home watching the Super Bowl from their couches, there is still a lot of pride on the line, and both sides would love to come home with a win for their respective conference.

The NFC will be led by quarterback Russell Wilson of the Seattle Seahawks. On the season, Wilson threw for 4,110 yards, 31 touchdowns and just five interceptions. He also rushed 342 yards and another three touchdowns. Drew Brees will likely back him up.

In terms of rushing, the NFC will feature Dalvin Cook as its lead back after he rushed 250 times this season for 1,135 yards and 13 touchdowns. He also had 53 receptions for 519 yards.

On the defensive side of things, the NFC will boast a powerful combination, with the likes of Aaron Donald (Rams), Cameron Jordan (Saints), Fletcher Cox (Eagles), Chandler Jones (Cardinals), Marshon Lattimore (Saints) and others.

Lamar Jackson hated to see his season ended by being upset by the Tennessee Titans. On Sunday, he will have the opportunity to go out on a more positive note.

Jackson will be the starting quarterback for the AFC with Deshaun Watson backing him up. On the season, Jackson threw for 3,127 yards, 36 touchdowns and just six interceptions. In addition, he was deadly with his feet, rushing 176 times for 1,206 yards and another seven scores. As good as the NFC’s defense is, this will still be a tough matchup for them.

Derrick Henry and Nick Chubb are set to see a lot of snaps in the backfield. Henry finished with 1,540 yards rushing and 16 touchdowns, while Chubb went for 1,494 yards and eight touchdowns.

One thing is for certain, and that is that anything can happen in a Pro Bowl. Realistically, with the fear of running into injuries, players do not always play at 100 percent, and that can lead to volatility in terms of outcomes.

Still, I have to lean towards taking the likely MVP in Jackson to pull it off. Both defenses are stellar, and both offenses have plenty of weapons, but Jackson showed he was MVP this season for a reason.

After a lackluster performance in the playoffs, he will be looking for redemption, and it may be just enough to give the AFC the edge. Plus, on a three-game winning streak, it is hard to bet against the AFC, especially when being spotted a point.