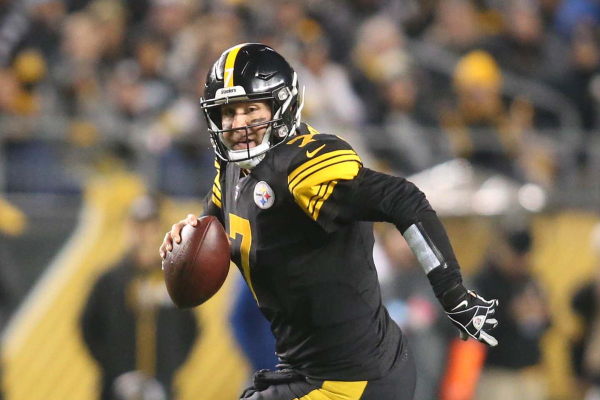 Week 1 of the NFL season continues with Sunday Night Football, which features two of the best as Ben Roethlisberger and the Pittsburgh Steelers travel to Gillette Stadium to take on Tom Brady and the New England Patriots. For the Patriots, this marks the first game since winning the Super Bowl for the fourth time in the last six years. On Sunday, they start their journey towards trying to make it five of the last seven. Kickoff for this one is set for 8:20 pm ET.

If this rivalry was not already intriguing enough, the Patriots added another layer on Saturday by signing star wide receiver Antonio Brown to a one-year deal after he was released by the Raiders. In what has been nothing but a tumultuous and trying offseason/preseason for both the Raiders and AB, they decided to move on. One team’s loss is another’s gain, though, as Bill Belichick and the Patriots were happy to welcome him onto the team.

The former Steelers star, whose time with Pittsburgh ended on a very sour note, now goes to a team that has been a thorn in the Steelers’ side for years. While Brown will not be able to play in this one, it certainly adds to the tensions.

The point spread for this one currently sits with the New England Patriots being 5.5-point favorites playing at home. The over/under on total points scored is set at 49.

On the defensive side, the Patriots had the advantage last season. They ranked sixth overall in points allowed to opponents, giving up just 20.4 points per game (17.9 at home). The Steelers came in 16th, allowing 22.5 points per game (22.5 on the road). Despite the discrepancy, there were areas that the Steelers were stronger. For instance, they ranked first in the NFL in sacks per game at 3.2 (3.6 on the road).

As the Steelers hope to move on from the disaster that was 2018, particularly with the issues of Brown and Le’ Veon Bell, they still have stars at most major positions. It starts with Roethlisberger, though. Last season, Big Ben went 452 for 675 for 5,129 yards, 34 touchdowns and 16 interceptions. He also rushed 31 times for 98 yards and an additional three scores.

His best receiver last season was JuJu Smith-Schuster, who caught 111 passes for 1,426 yards and seven touchdowns. With Brown gone from the team, the real question will be who can consistently sit in the No. 2 spot at wide receiver, a spot they are hoping that Donte Moncrief can fill.

On the ground, the Steelers will once again be looking at James Conner. Last season, Conner took advantage of Bell’s absence and rushed 215 times for 973 yards and 12 touchdowns. He also caught 55 passes for 497 yards and an additional touchdown. He hopes to be the all-purpose back once again this season.

Two things have been almost constant over the last decade or so: water is wet, and the Patriots are good at football. Brady and Belichick have put together one of the most formidable dynasties in recent sports history, and things don’t look to change this year.

Despite his advancing age, Brady still shows why he is a future Hall of Famer. Last season, Brady completed 375 of 570 passes for 4,355 yards, 29 touchdowns and 11 interceptions. He also rushed 23 times for 35 yards and an additional two touchdowns.

Speaking of rushing, the Patriots have multiple options in the backfield, but Sony Michel might be the best. Last season, Michel rushed 209 times for 931 yards and six touchdowns. It wasn’t just Michel, though. James White rushed 94 times for 425 yards and five touchdowns. Additionally, White had 87 receptions for 751 yards and an additional seven touchdowns.

Throw in Julian Edelman and Josh Gordon, and this offense can beat you in a lot of ways. Oh, and like I said earlier, they just got Brown, too.

Take Pittsburgh And The Points

I know, it seems like only fools bet against Brady, Belichick and the Patriots, but I like the Steelers to at least cover in this one. Two of their biggest offensive stars, Brown and Bell, were nothing but headaches for them last year, and those two have both moved on. With Conner and Smith-Schuster, they have equally as talented replacements. Throw on top of that the fact that the Steelers’ front seven was dominant last season (and returns intact) and are going against a weakened Patriots line due to the loss of center David Andrews. Ultimately, when it comes to the Patriots, you never know, but for my money, I like the Steelers at +5.5 in this one.