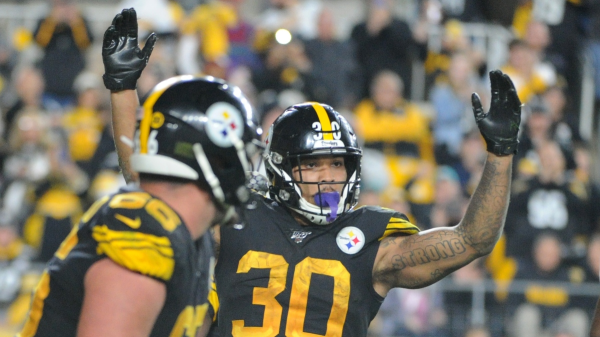 In one of the headliners for Week 14 this Sunday, the Steelers travel to face the Bills in a game that is sure to dish out suspense and entertainment in equal measure.

Odds for Steelers vs Bills

Both Teams’ Seasons so Far

The Steelers have enjoyed a magnificent run this 2020 campaign. With their most recent win at home against the Baltimore Ravens, the team’s record stands now at 11-0. Far from their usual high-scoring flair, the victory was hard-fought, however, as the team from Pittsburgh had to overcome a slow start to win by 19-14.

However, this doesn’t detract from the Steelers’ excellent season record as they sit top of the AFC North division.

The main strength for the Steelers so far has been their defense. With all the metrics combined, the Steelers are ranked number one in the NFL defensively, with the least conceded points (188) and total yards (298). They have also forced the highest amount of turnovers (at 2.1 per game). The Steelers have been ruthlessly efficient in defense all season, and this might make for a tough challenge for the Bills.

Speaking of, the Buffalo Bills haven’t been a poor team this season by any measure. With a record of 8-3-0, the franchise currently sits in first place in the AFC East division, much like their northern division opponents. Importantly, however, the team from New York has worse numbers in many of the team stats that count.

The Bills have had something of a stop-start feel to them this season, crashing to defeats between winning runs. After morale-boosting wins away at the Jets, home against the Patriots, and home against the Seahawks, the team slumped to a 30-32 defeat away at the Cardinals in Week 10. In keeping to their unpredictable form, the Bills marked Week 12 with a 27-17 thumping of the Chargers.

Judging by the Numbers

If stats won football games, the Steelers would trounce their opponents come Sunday. Even if that’s not the case, the numbers that both these teams have put up so far heavily favor the visitors.

Offensively, the Steelers have a higher points-per-game average (at 28.8 vs. 27.2) and give away fewer offensive turnovers per game (1 vs. 1.5). When it comes to defense, the Bills are going against the best in the NFL right now.

One area where the Bills can capitalize is individual brilliance—quarterback and running back Josh Allen and Zack Moss both top the Steelers’ equivalent players. Josh Allen has 3028 passing yards and eight intersections compared to Ben Roethlisberger’s 2800 and six.

If the Bills can hold off an early onslaught from the Steelers and keep the score down at half-time, they might be able to grind out a low-margin victory. The home advantage is sure to be a factor (since they’re 5-1 at home this season).

Taking The Steelers to Win and Cover

The Steelers are undoubtedly the more robust, more motivated team going into this matchup. They’ll look to test themselves away come Sunday. On the other side of things, I don’t see the Bills mounting enough pressure to break their opponent’s stellar defensive line. Their inconsistency in the attack has been an Achilles heel this season, and it might show in the game.

With all of their defensive heavy hitters fit, the Steelers are my choice to win the game. They’ve also covered the spread in eight out of their 11 games this season, so I’d take them on the spread as well.