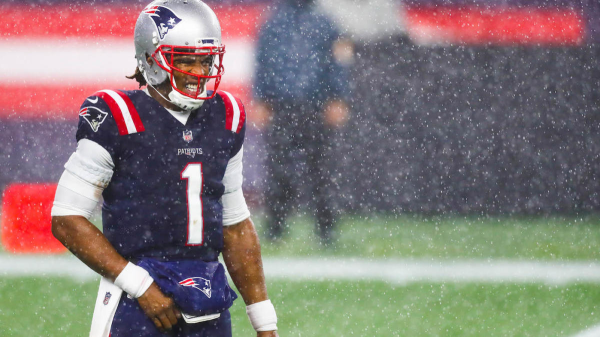 It’s yet another Week 11 faceoff in the National Football League roster. On Sunday, November 22, the Houston Texans (2-7) will have a chance to save their season as they go against the New England Patriots (4-5). The match will air on CBS and would hold by 12:00 PM EST at the NRG Stadium, Houston, Texas, the US.

The Houston Texans Have no Answer at Running Back

For Texans fans, in 2020, there is not much to get excited about. After such a good season in 2019, with their 2-7 start, the Texans’ playoff hopes have all but disappeared this season. The Texans have looked much more competitive with a 2-3 record ever since Romeo Crennel took over as the interim head coach. Those three defeats were against strong teams, which includes the Titans, Packers, and Browns, with a combined 19-8 record they currently share.

The Texans are coming into this game from a 10-7 loss to the Cleveland Browns last week. They played without running back David Johnson. Deshaun Watson completed 20 out of 30 passes made for 163 yards and a touchdown, with Pharoah Brown catching the team’s only touchdown in the game. The Houston Texans offense had a difficult run moving the football, with the running defense coming under some heat for not its lack of running game. The Texans allowed 231 rushing yards and 5.6 yards per carry, as Nick Chubb and Kareen Hunt of the Cleveland Browns both went over the 100-mark. However, Duke Johnson led the Houston Texans in rushing yards with 54 yards on 14 carries.

In the Texans’ four straight games, its leading rusher has always had less than 60 yards on the ground. This clearly shows a lack in the position of the running back, even with David Johnson being healthy and fit. All of the pressure is on the quarterback Deshaun Watson, who has been very outstanding regardless of the losses. His numbers are that of an elite player with 2539 yards, 18 touchdowns, and 5 interceptions.

The Houston Texans have allowed an average of 28.0 points and 422.8 yards of total offense per game, ranking as the league’s worst run defense.

New England Patriots in Queue for a Third Straight Win

New England Patriots have gone just 2-4, a few games more than Cam Newton has spent sitting on the bench having tested positive for COVID-19. The Patriots have since put New England back on the map in the AFC playoff with an impressive win over Baltimore this past week. The New England Patriots pulled a rabbit out of the hat, defeating the Baltimore Ravens by 23-17 behind a throwback game from the Patriots’ offense. Cam Newton completed 13 out of 17 passes for 118 yards and a touchdown. He also added another touchdown on the ground in the win. The New England Patriot rushed for a total of 173 yards, which was led by Damien Harris, who had a season-high of 121 yards. Rex Burkhead caught 2 touchdowns to aid in the winning of a second straight game by the Patriots.

The Patriots were amazing on the offense, outgaining the league’s number one rushing offense by 173-115 on the ground. The New England Patriots are coming into this match with an average of 161.1 rushing yards per game, with only the Ravens higher in the league. The Patriots should have a breeze in this fixture against the league worse run defense and possibly get back to the .500 mark.

On the defense, the New England Patriots have allowed on an average of 23.4 points per game, placing them at 10th position in the NFL, and 363.3 yards of total offense per game. The Patriots have surrendered just 234.1 yards per game through the air in nine weeks.

For the Texans, it’s all been downhill after blowing a 24-0 lead over the eventual Super Bowl Champions Kansas City Chiefs in the AFC divisional round of the playoffs last year. Meanwhile, for New England fans, the Cam Newton post-Tom Brady project in New England has been a roller coaster ride. Bill Belichick looks like a genius after a 2-1 start with a healthy Cam Newton.