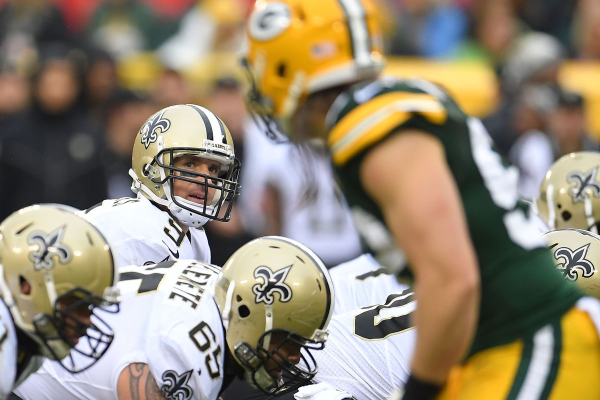 The most impressive team in the NFL through two weeks has been the Green Bay Packers, and now the Aaron Rodgers-led juggernaut will get a chance to strut its stuff in primetime with a marquee match-up against the New Orleans Saints.

Perhaps sparked by the Packers (2-0) drafting another quarterback in the first round, Rodgers has begun the season on top of his game and led the team to an average of 42.5 points per game.

The Saints (1-1) will hope their home field can help them bounce back from a road loss on Monday night.

Kickoff is set for 8:20 p.m. ET Sunday at the Superdome in New Orleans, La.

Green Bay spotted the Detroit Lions a 14-3 lead at the end of the first quarter but stormed back to lead at halftime and poured it on in the third quarter for a 42-21 victory to cover easily as 7-point favorites.

New Orleans started hot with a 10-0 first-quarter lead at Las Vegas, but the Raiders’ offense picked it up in the second quarter. The Saints, who closed as 4-point favorites, mustered just one scoring drive in the second half and fell 34-24.

As of Saturday morning, FanDuel and DraftKings both listed the Saints as 3-point favorites.

There are several strong trends that favor the over, including one specific to this series.

Green Bay and its opponents have combined to average 70 points per game this season. New Orleans games are averaging a combined 57.5 points.

If Davante Adams does not play, go straight to DraftKings or FanDuel and bet the over on Green Bay WR Allen Lazard’s receiving yards prop. It is 55.5 on DraftKings and 53.5 on FanDuel. Adams had 17 targets in the season opener, so if he is out, that’s a lot of targets to be divided between Lazard and Marquez Valdes-Scantling. Lazard had 4 for 63 in the opener and 3 for 45 in the second game when the Packers threw 14 fewer passes than in the opener.

One of the league’s elite wide receivers will miss Sunday night’s game for sure. Another might also be out.

New Orleans once again ruled out Michael Thomas (ankle) for the third consecutive game. The Packers listed Davante Adams (hamstring) as doubtful after he missed practice Friday for the third day in a row.

Before the season began, much of the discussion about the Packers was that they were one of the more fortunate teams last season because they were 9-1 in one-score games (counting the playoffs). That’s not sustainable in the NFL so it makes sense they will come back to the pack.

Do two dominant performances change that? It’s easy to get caught up in what Aaron Rodgers has done so far, but it shouldn’t change what was expected before the first game kicked off less than three weeks ago.

If the Packers are so dominant, why are they underdogs against a Saints team that just lost by double digits to the Raiders? There will be no fans at the Superdome so New Orleans cannot lean on their usual heavy advantage on its home turf.

Look deeper into what the Packers have done so far. The offense was awesome against a Vikings team that started a new group of cornerbacks and a Lions team that was without its best two defensive backs.

The defense, meanwhile, showed it is soft over the middle. Guess which quarterback has been relegated to someone who has to make his living with a high percentage throws close to the line of scrimmage?

Drew Brees. These days, that’s what he does best. He has thrown 68 passes this season, and only seven have traveled over 10 yards downfield.

This game sets up perfectly for New Orleans. We recommend a play on the Saints -3.