NFL Stadiums Could Soon Have Betting Kiosks for Fans 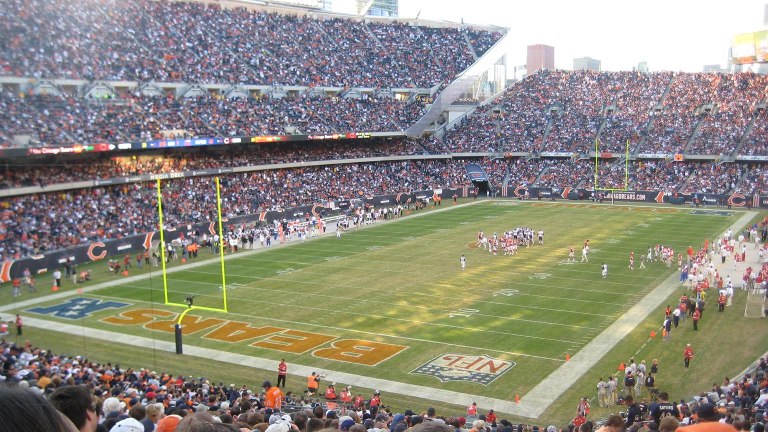 For the longest time, soccer fans in England have been able to place bets at their own team’s stadium on game day. The idea of having that available in the United States has long been scoffed at, but things around us are certainly changing at a rapid pace.

At a time where money is essential more than ever, the NFL is now considering having betting kiosks at select stadiums throughout the league.

The NFL officially loosened its grip on in-stadium betting this March. As part of the newest NFL-NFLPA collective bargaining agreement, running through 2030, teams are allowed to have betting lounges inside the stadium – where eventually, the hope is that betting kiosks will be allowed inside. For now, bettors will only be able to make the wagers on their cellphones.

“Since retail/wagering windows are still not allowed, stadium sportsbooks will essentially function as lounges where individuals can bet on their smartphones,” said Jeanne Muscolino, senior associate for JCJ’s hospitality sector.

In addition to those new extras, players and owners will also share revenues generated “by the operation of gambling-related businesses located in or physically attached to an NFL stadium.”

Revenue from “gambling on any aspect of NFL games, any performance of NFL players in NFL games or in any other NFL/Club-related activity” is included in the agreement that even mentions potential profits from slot machines “located in or physically attached to an NFL stadium.”

“This is forward-looking language that addresses revenue sharing from activities in the event they take place in the future,” NFL vice president of communications Brian McCarthy told ESPN. “There’s no certainty or timeline as to when these activities would be implemented.”

The CBA says that sportsbook operations inside the stadiums can remain open in the offseason. However, the players would only get a smaller percentage of profits on bets made in leagues other than the NFL.

One team that is ready to pounce on this opportunity is the Chicago Bears. Their home, Soldier Field, is run by the Chicago Park District.

Under Illinois Law, stadiums with a capacity of at least 17,000 can apply for master licenses for online and retail wagering. So far, the CPD has yet to do that but will need to hurry to make the July 1 deadline.

Washington D.C. is already there; at Capital One Arena – home of the NHL’s Washington Capitals and NBA’s Washington Wizards – construction is already underway on a William Hill Sportsbook inside the area.

Because of D.C.’s close proximity to Maryland and Virginia, the NFL’s Washington Redskins and owner Daniel Snyder have had intense discussions to possibly move the team there. Not to mention, they’d like to bring legalized sports betting to those states as well.

“We have seen Maryland looking at bringing the Redskins into the fold and being a licensee,” said Sara Slane, a betting industry consultant for sports and media companies. “Virginia has done that as an enticement to get the Redskins to come into their state. Sports betting has morphed into so many other opportunities that I don’t think anyone had quite predicted.”

Because of the growing popularity of sports betting, and the surges of income it brings, more states are growing with the times. Because of legal favorability, it looks like Baltimore, Chicago, Denver, Detroit, Indianapolis, New York (New Jersey), Philadelphia, Pittsburgh, Tennessee, and Washington would be the first teams to try and go forward with betting kiosks in stadiums.

This plan seems to be getting plenty of momentum, and why wouldn’t it? Sports betting has been going on, whether it is legal or illegal, for decades. Now, the league has decided it’s time to get their cut of the action.