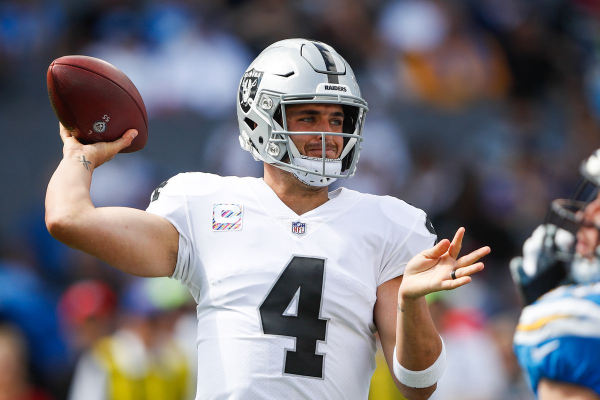 The first week of the preseason continues on Saturday night as the Los Angeles Rams (13-3 last season) travel to the Oakland Coliseum to take on the Oakland Raiders (4-12 last season).  Kickoff for this one is scheduled for 8 pm ET.

For the Rams, they are coming off a Super Bowl appearance that probably left a bitter taste in their mouths, as they lost 13-3 to the New England Patriots.  In that game, they were tied 3-3 going into the fourth quarter, where they allowed the Patriots to pull away.

For the Raiders, they are coming off of a disappointing 4-14 season under Jon Gruden. Last year was a bit of a revamping year for the Raiders, as they traded away former franchise cornerstones in Khalil Mack and Amari Cooper.

Under head coach Sean McVay, the Rams have a certain sense of swag and charisma and showed it on both sides of the ball.  After getting the No. 2 seed in the playoffs, the Rams went through the Cowboys (30-22) and Saints (26-23 after a controversial ending) before hitting a wall in the Super Bowl.  With players like Jared Goff, Todd Gurley, and Aaron Donald returning, this is a team with their sights set on a return to the Super Bowl.

In Oakland, Gruden didn’t make a ton of fans in his first year back in command of the Raiders.  After trading away some of the fan favorites in Mack and Cooper, the Raiders played to a dismal 4-12 record.  With the addition of Antonio Brown this offseason, though, spirits are lifted, and there is a buzz in the air.  The real question will be whether the buzz is justified or whether it will be another disappointing season.

The point spread for this one comes in with the Oakland Raiders being 4.5-point favorites playing at home.  The over/under on total points scored is set at 35 points.

Offensively, the Los Angeles Rams are loaded with weapons.  From the quarterback position, Jared Goff had a phenomenal year.  He went 364 for 561 for 4,688 yards, 32 touchdowns, and 12 interceptions.  His leading receiver last season was Robert Woods, who caught 86 passes for 1,219 yards and six touchdowns, just barely edging out Brandin Cooks, who had 80 receptions for 1,204 yards and five touchdowns.

One of the biggest keys this season will be whether Todd Gurley can stay healthy this season.  He had 256 carries for 1,251 yards, and 17 touchdowns but was limited in the postseason with a knee injury, one that saw his role significantly diminished when it mattered most in the Super Bowl.

Defensively, this team is led by Aaron Donald.  Arguably the best defensive player in the league, Donald had 59 tackles and a whopping 20.5 sacks.  The Rams also improved their defense by adding Eric Weddle and Clay Matthews in the offseason, trying to make their defense as intimidating as their offense.

Despite the talent, most of these players will likely not see much time on Saturday as they look to stay healthy.  It is likely we’ll see a high dosage of Blake Bortles at quarterback and third-round pick Darrell Henderson getting work at running back.  Still, there will be talent on the field, and jobs that are being fought for.

On paper, the Raiders have some talent. It is just about whether this talent will come through or not.  One of the biggest keys for the Raiders’ success will be the effectiveness of quarterback Derek Carr.  Last season, Carr threw for 4,049 yards with 19 touchdowns, and 10 interceptions. Unlike last year, though, Carr will have a true No. 1 receiver to throw to in Antonio Brown.

Having made a name in Pittsburgh, Brown has had an auspicious start with the Raiders, as he has already had a foot issue stemming from potential frostbite and now is butting heads with the league over the use of a preferred helmet.  It is not the start that Gruden has wanted with his new receiver, but if he can produce on the field, the Raiders will likely live with some of the off-the-field issues.

While the offense has improved on paper, the defense really needs to step up. Combined, the top six team leaders in sacks didn’t have as many as the Rams’ Aaron Donald did alone, nor was it even close. They will have to improve off of their bottom-ranked defense if they hope to compete this season.

Take The Rams And The Points

As always, preseason week one games can be hard to predict.  The starters, if they play at all, will play minimally, and it is more about seeing the depth pieces as opposed to the high-end pieces.  Names like Brown, Gurley, Donald, Goff, and others will likely not see the field.  Instead, you will get names like Bortles, Nathan Peterman and Mike Glennon.  Still, even with the backups running the show, it is hard for me to go against the Super Bowl-contending Rams against the Raiders, especially when the Rams are getting 4.5 points.  For my money, I am taking the Rams and the points.