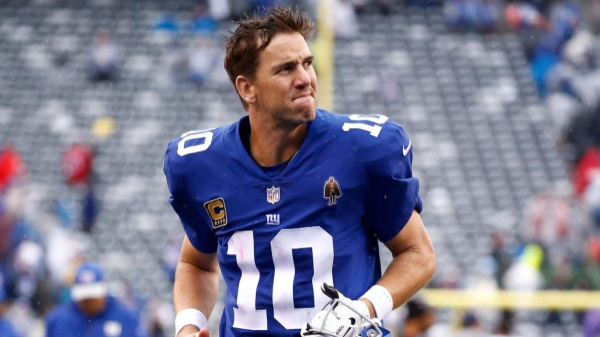 Week 2 of the NFL preseason continues on Friday as the Chicago Bears (0-1 in the preseason) travel to MetLife Stadium to take on the New York Giants (1-0 in the preseason). For the Bears, they are coming off of a 23-13 loss to the Carolina Panthers, while the Giants won their game over the New York Jets, 31-22. These two will clash on Friday with kickoff scheduled for 7:30 pm ET.

For coach Matt Nagy and the Chicago Bears, they look to build off of their fantastic season last year where they went 12-4 and won the NFC North. While the season was fantastic, the postseason brought a lot of heartbreak as the kicking game let the team down in the final seconds of the playoff loss to the Eagles. That remains one of the biggest competitions in camp for the Bears, as Elliott Fry and Eddy Pineiro battle for the position.

For the Giants, there is a little buzz surrounding the team after a disappointing season last year that saw them finish 5-11 and in last place in the NFC East. Some of the buzz is around first-round pick Daniel Jones, the heir apparent to Eli Manning. After Jones went 5 for 5 with a touchdown in the preseason opener, there are already fans clamoring for Jones to take over the quarterback position. For the time being, though, it will be Manning’s team as they set to begin the season.

The point spread for this one comes in with the New York Giants being two-point favorites playing at home. The over/under on total points scored is set at 42 points.

In the span of just a couple of seasons, the Chicago Bears have gone from worst to first in the division, and if Mitchell Trubisky can take a step forward on the offensive side, they could be a legitimate postseason threat. Last season, Trubisky went 289 for 434 for 3,223 yards, 24 touchdowns, and 12 interceptions. With a solid supporting cast around him, plus the addition of David Montgomery, who impressed in the opener, the offense should be better than last season.

While the offense should be better, the defense is already great. That is in large part due to last offseason’s addition, Khalil Mack. Mack led the team with 12.5 sacks, and with offenses having to focus on him, it allowed players like Akiem Hicks, Roquan Smith, Leonard Floyd, Danny Trevathan, and others to flourish. The defense was amazingly healthy last year, so it will be interesting to see if they have to face any more adversity this season, but it should once again be among the elite in the game.

As previously mentioned, there is already a sense around the team that Jones will be supplanting Manning at some point, the question is just how soon. Last season, Manning went 380 for 576 for 4,299 yards, 21 touchdowns, and 11 interceptions. While these numbers were solid, the Giants certainly have an eye on getting younger as they look to rebuild, which could mean a short leash for Manning, particularly if Jones continues to impress. Still, it is Manning’s team to start the season, and the veteran quarterback will look to be productive to hold onto his job for as long as possible.

While the Giants seem like they are slightly rebuilding, they also don’t want to waste the prime years of star running back Saquon Barkley. Last season, Barkley ran 261 times for 1,307 yards and 11 touchdowns. He also added 91 receptions for 721 yards and four more touchdowns. Regardless of who is under center, Barkley will certainly be the focus of the offense this year. For the preseason, though, that likely means little to no playing time as to avoid injury.

Bears And The Two Points

When it comes to backups, the New York Giants definitely have the edge as Jones was impressive in the opening preseason game. Despite that, though, it was still only one series, and I ultimately think that he will have growing pains as he adjusts to the league. Throw in the fact that he is facing one of the best defenses in the game (even if it is mostly backups), and he could have some troubles. In a game of backups, it is anyone’s guess, but I will take my bets with the superior team in Chicago, especially when they are getting spotted two points.