NFL News and Notes: Mostert Wants Out Of San Francisco 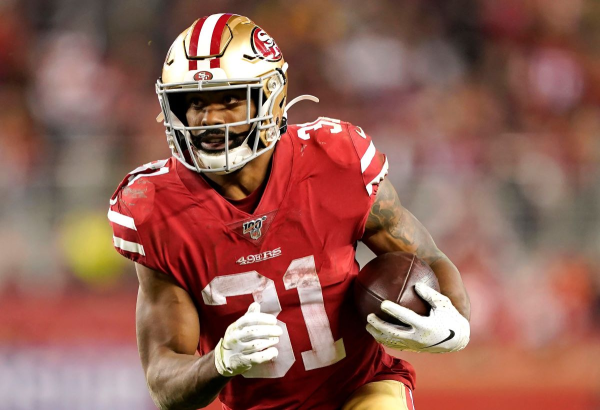 While the NFL world has focused on the massive contract signed by Patrick Mahomes with the Kansas City Chiefs, there has been plenty of other news circulating around the football world. Let’s take a look at some of the stories from the last week.

The San Francisco 49ers may have an issue on their hands as running back and postseason hero Raheem Mostert has requested a trade. Mostert has been frustrated by his contract, which was extended back in 2019 based on a special teams rate (as opposed to a star running back). He has hoped to restructure his deal, but to this point, nothing has come to fruition.

Last season, with the 49ers, Mostert rushed 137 times in 16 games during the regular season, amassing 772 yards and eight touchdowns. He also had 14 receptions for 180 yards and another two scores.

In three postseason games last season, he rushed 53 times for 336 yards (112 yards per game) and five touchdowns. At this point in the offseason, the 49ers have some big decisions to make. They still have Tevin Coleman on the roster as well as Jerick McKinnon, although McKinnon has not played for the last couple of seasons.

The 49ers come into the season with the third-best odds to win the Super Bowl at +900 (trailing only the defending champion Kansas City Chiefs and the Baltimore Ravens).

The Philadelphia Eagles have a major issue on their hands as they deal with the fallout from DeSean Jackson’s anti-Semitic social media post that featured an Adolf Hitler quote. While management and Jackson’s representatives have spoken, it doesn’t necessarily seem like the issue is going away.

Both the owner (Jeffrey Lurie) and general manager (Howie Roseman) are Jewish, making the post even more sensitive to the Eagles.

Regardless, it is an unfortunate situation and one that the Eagles and Jackson are both going to have to take on. While Jackson has expressed a willingness to educate himself about the insensitivity of the post and work within the Jewish community, it still might not be enough.

Currently, the Eagles sit at +1900 to win the Super Bowl, which ranks as the eighth-best odds in the NFL.

Preseason Schedule To Be Cut In Half

According to Pro Football Talk, the NFL has decided to cut its preseason games from four games to two for the upcoming season. With teams being limited to contact due to the coronavirus, this is seen as an “acclimation period,” where teams can give more time for conditioning and preparation.

In this change, Weeks 1 and 4 of the preseason will be cut. For many, this is a welcomed change, especially Week 4, where most starters sit, and the only players that are in are fighting for the last spots on the roster.

Who this could affect are individuals that are fighting for spots or for those positional battles in camp. For instance, the Chicago Bears anticipate a quarterback battle between Mitch Trubisky and newcomer Nick Foles. With less time to prove themselves in games, the edge could go to someone like Trubisky (who the Bears already have familiarity with).

Regardless, the preseason will be drastically different, from the Hall of Fame Game being canceled to the reduction of games played heading into the regular season.

From a betting perspective, there will be two weeks less of preseason games to bet on for those that like to throw caution to the wind and rely on backups to determine winners. It will also be interesting to see if the loss of games (as well as the lack of contact with players, especially rookies in the offseason) leads to a sluggish Weeks 1 and 2 for teams.