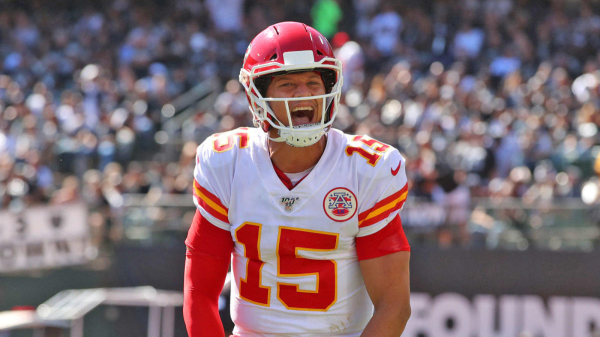 With the fall quickly approaching, we are right around the corner from NFL camps starting up and the NFL to start its 2020 season. While the coronavirus pandemic continues to loom over professional sports, the NFL seems to be full speed ahead when it comes to playing this season.

With that in mind, there has been plenty of news over the last week in the world of professional football. Let’s take a look at some of the major news stories.

Everyone knew it was only a matter of time, but Patrick Mahomes of the Kansas City Chiefs cashed in big-time after his phenomenal season. According to Ian Rapoport of NFL.com, Mahomes has agreed to a 10-year extension that could be worth upwards of over half a billion dollars ($503 million).

This is the largest contract in sports history. Crazily, he could average just over $50 million per year on this deal.

While this is likely higher than some predicted, Mahomes definitely earned a big payday. Last season, in addition to winning the Super Bowl, he also threw for 4,031 yards, 26 touchdowns and five interceptions in just 14 games.

The previous season, he threw for over 5,000 yards and had an unbelievable 50 touchdowns. At just 24 years old (he will turn 25 in September), the best may still be yet to come.

Furthermore, Mahomes is favored to win the MVP this upcoming season. He currently sits at +380 to win MVP, with the next highest being Lamar Jackson and Russell Wilson at +700 each.

While this contract is unprecedented, it will be interesting to see what effect it has on the negotiations between the Dallas Cowboys and Dak Prescott. While many were referencing the Russell Wilson contract as the bar to evaluate an extension, that bar may have just been raised.

Other Contract Issues With The Chiefs

While the Chiefs have one star locked up in Mahomes, they may have another that they have to worry about. It appears that defensive tackle Chris Jones could be entering a holdout situation as he wants a new deal that would pay him handsomely, and the Chiefs have yet to give it to him.

According to NFL.com’s Mike Garafolo, it appears that Jones wants upwards of $20 million per year. Last season, with the Chiefs, he played in 13 games amassing 36 tackles, nine sacks, one forced fumble, and one fumble recovery.

With Mahomes now taking up such a large chunk of salary, it will be interesting to see how the Chiefs handle cap situations moving forward, and Jones may be their first big test.

One of the biggest names on the defensive free agent list this offseason is still without a team, but it appears that another team may be entering the mix. To this point, only the Seahawks and Browns have been formally connected with Clowney, but The Athletic’s Tashan Reed and Vic Tafur report that the Las Vegas Raiders may be entering the mix.

Last season, with the Seahawks, Clowney had 31 tackles, three sacks, four forced fumbles, two fumble recoveries (one for a touchdown) and one interception. Based on depth charts, all three teams make sense, but it will be interesting to see if any pony up to Clowney’s asking price.