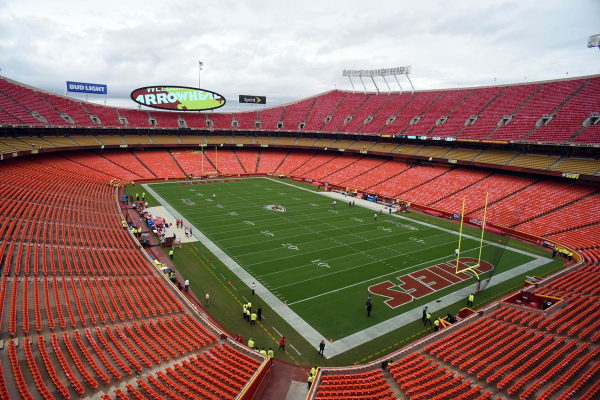 On Tuesday, NFL executive vice president Troy Vincent said that the league was finalizing plans to have artificial noise in stadiums for teams that won’t have fans. In the wake of the COVID-19 pandemic, some states aren’t allowed to have large gatherings, while some are allowing it to happen at limited capacity.

Vincent also said the NFL has composed the same audio track for all teams to use as crowd noise. The league’s competition committee will come together again at some point this week to put the final plans into motion. Those issues include maximum decibel level, and even continuing the plan to have stadiums with fans still allowed to use the audio track.

Next week, the Kansas City Chiefs will raise their Super Bowl championship banner in a home game against the Houston Texans on September 10. In total, 26 teams won’t have any fans in the stands for Week 1. However, five teams – the Chiefs, Dallas Cowboys, Indianapolis Colts, Jacksonville Jaguars, and Miami Dolphins – will allow fans in some capacity.

The Cleveland Browns still have yet to decide whether they’ll have fans in the stands. Being as how the season starts in a little under two weeks, they may want to figure that out sooner than later.

NFL commissioner Roger Goodell did say that some could allow fans in the stands as the season goes deeper into the fall. While it seems awkward, he did also say that he doesn’t believe the teams allowing fans in the stadium will not have a competitive advantage.

“We do not believe it is,” Goodell said. “We do not see that. We obviously have varying capacity throughout the league. From our standpoint, we want to invite our fans in if we can do it safely and if we can do it with the full support of public health officials. We think our fans want to come to the stadium.”

Goodell has taken a lot of heat for those comments, with critics saying that it’s an advantage for teams to have fans. In reality, when is the last time you were intimidated by a crowd at 25-percent capacity? It just doesn’t make sense.

Of course, the NFL has to worry about what happens if players and teams don’t follow the protocols that are set in place.

“The big thing for us is to not get comfortable,” Goodell said. “The protocols are working, but we’re dealing with a lot of uncertainty here. This is a pandemic that we’re still learning about. We’ve had to put together an entire infrastructure for testing across our league, getting results very quickly. But we really have to adapt to the medical community here and rely on our experts that have been wonderful in putting together this plan. … We’re not patting ourselves on the back yet. We’re just on the eve of the season.”

After all we’ve been through as a society, it’ll certainly be a welcoming sight to have NFL games back in our lives. Although we are far from normalcy, the games all hold a special place in our hearts.