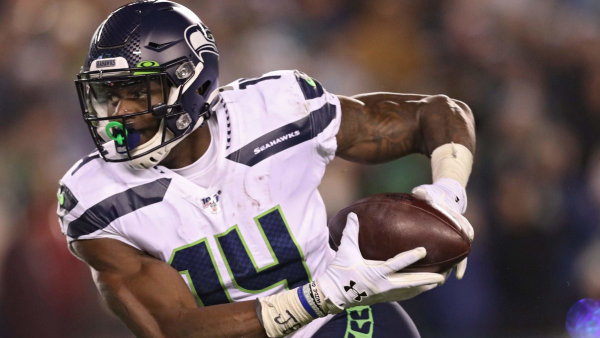 In the culmination of the divisional round, the Seattle Seahawks (11-5) will be traveling to Lambeau Field to take on the Green Bay Packers (13-3) on Sunday. This is a battle of star quarterbacks, as Russell Wilson will lead the Seahawks against Aaron Rodgers and the Packers.

In what should be a thrilling matchup, the winner will move onto the NFC Championship Game in San Francisco next week. Kickoff for this one is scheduled for 6:40 pm ET.

The Seahawks come into this one after beating the Philadelphia Eagles last week in the Wild Card round, 17-9. The running game for the Seahawks was stuffed in this one, but Russell Wilson and DK Metcalf were able to attack the Eagles through the air.

Metcalf hauled in seven receptions for 160 yards and a touchdown. The Seahawks were also aided by the fact that Eagles quarterback Carson Wentz was knocked out of the game early, and Josh McCown couldn’t get much going for the Philadelphia offense. The Seahawks will now go on the road again to try to upset the Packers.

The Packers enjoyed a bye week last week. In their regular-season finale, a game they had to win to get the bye, the Packers just barely squeaked by the Detroit Lions 23-20.

The Packers have a very successful record at 13-3, but many of their games haven’t exactly been pretty. Still, in this league and at this time of the year, it doesn’t matter how you get the win; it is getting it that is important.

The Packers come into this one as four-point favorites playing at home. The over/under on total points scored is set at 45.5.

The Seahawks have been the more impressive offensive team thus far this season, ranking ninth in the NFL in points, averaging 24.8 (24.1 on the road). The Packers were 14th overall, averaging 23.5 points per game (25.6 at home).

The Seahawks are not your ordinary No. 5 seed. Their offense has the potential to be dominant and their defense, while no longer the “Legion of Boom,” can still get the job done at times.

The Seahawks will be led by Wilson, who has thrown for 4,110 yards, 31 touchdowns and just five interceptions. One concerning thing, though, is that he led the league in sacks. Part of that is due to his rushing nature, but it could be problematic with Green Bay’s pass rush.

On the ground, the Seahawks suffered huge blows, as Chris Carson and Rashaad Penny got injured for the season. Enter Marshawn Lynch. The team icon signed with the Seahawks for the postseason and will look to perform better than last week when he and Travis Homer were held to just 19 yards.

The Packers are 23rd against the rush, though, so they may be able to find a bit more space this week. Wilson is also dangerous with his feet, as he rushed 75 times this season for 342 yards and three touchdowns.

The Seahawks’ passing game is led by receivers Tyler Lockett and Metcalf. Lockett had 82 receptions for 1,057 yards and eight touchdowns, while Metcalf had 58 receptions for 900 yards and seven scores.

Rodgers will try to lead the Packers after he threw for 4,002 yards and 26 touchdowns against four interceptions. He also rushed 46 times this season for 183 yards and a touchdown.

Liking The Seahawks And The Points

If completely healthy, I would be a big fan of the Seahawks to win this one outright. Even with Seattle’s injuries, though, I am not overly infatuated with the Packers either. While they have found ways to win, the Packers and Rodgers don’t feel like the dominant forces they had once been.

Ultimately, I think this will be a close game that could go either way. When that is the case, I lean towards taking the points and, in this case, that means taking Seattle. For my money, I am taking the Seahawks and the four points.