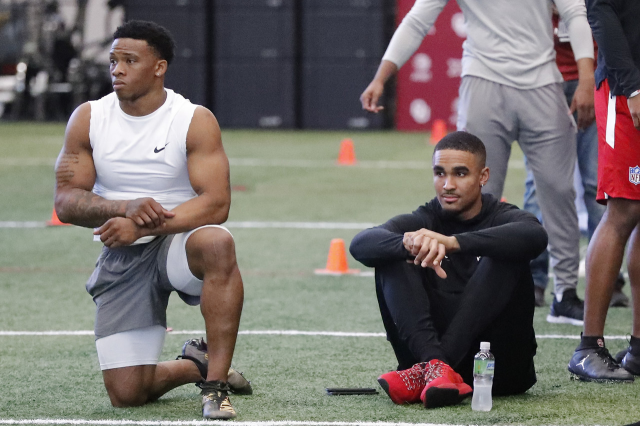 While the NFL often boasts its dominance over the calendar year, ownership will be happy to relinquish attention as the coronavirus pandemic grips the sports world. However, the NFL’s offseason is well underway, and the league said Thursday it has “no plans to move the start of the league year.”

At this point, the 2020 league year is scheduled to begin on March 18. NFL teams must use their franchise tags by the end of Monday, and free agents will be permitted to engage in talks with teams starting Monday.

With that being said, the NFL is canceling several events scheduled for the next few weeks, the most notable of which is the annual meeting. The league’s annual meeting was to be held in West Palm Beach, Florida, from March 29 to April 1.

The business meant to be held at the canceled annual meeting will be addressed at the spring meeting, scheduled for May 19 and 20. According to the NFL, general managers and head coaches will be involved in that meeting.

According to the NFL, “full consideration and votes on any open football issues, including playing rules, bylaws and resolutions, as well as other business matters,” will be a part of the spring meeting.

In addition to the annual meeting, the league canceled the HBCU Regional Combine and Regional Combine, which were scheduled to take place at the Dolphins’ training facility later this month.

Many NFL teams are also taking necessary precautions by restricting travel for their coaches and scouts as the league continues to monitor the pandemic.

In the lead-up to the 2020 NFL Draft, the month of March is a significant one for prospects who typically participate in pro days to showcase their skills to NFL personnel. Those pro days are now likely to be canceled or significantly hindered due to the response to the coronavirus pandemic.

While the NFL is not yet mandating that coaches, GMs, and scouts skip pro days, teams are already beginning to restrict participation in these vital pre-draft processes.

According to reports as early as Wednesday, the Philadelphia Eagles had already made the decision not to send coaches to upcoming pro days. Many other NFL teams are expected to follow suit.

Instead of live inspection and interaction with prospects, NFL front offices will lean even more heavily on game tape to evaluate individuals as the sport prepares for the NFL Draft.

Additionally, teams are at least considering the possibility of closing team facilities, meaning they’d be unable to fly in and meet with free agents over the coming weeks.

Although the NFL has publicly stated it has no intention of pushing back the start of the league year, most insiders are expecting the most popular sports league in the nation to continue responding to the evolving coronavirus situation with more delays.

Because teams are likely to close facilities, they would be unable to meet with free agents in their team building, put those free agents through workouts, and have those players undergo physicals before signing contracts.

If players were to be signed, it would then be unlikely that any press conference would be held.

All of the above points to a reasonable decision to delay the start of the league year, allowing free agents and teams to focus on the health and safety of themselves and their families rather than conducting NFL business.

People around the league are also fearing a delay of the upcoming NFL Draft, which is scheduled to begin on April 23. The NFL is unlikely to make a decision on the draft until April.

When the draft gets underway, LSU quarterback Joe Burrow is the heavy favorite to be selected No. 1 overall by the Cincinnati Bengals with odds of -2200.