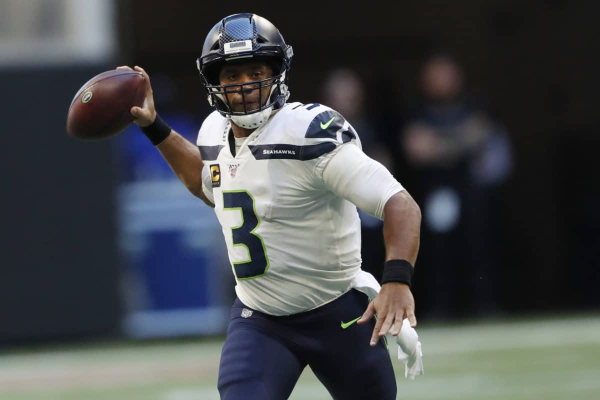 The final National Football League game of 2019 will take place in Seattle on Sunday Night Football. The top two teams in the NFC West will get together, with a divisional title on the line, and possibly home-field advantage in the postseason. The San Francisco 49ers and their 12-3 record will take on the Seattle Seahawks, who come into the game with an 11-4 record. The Seahawks won the first matchup between these two teams in San Francisco. The 49ers come into this game as a slight favorite. You can grab San Francisco at -3 heading into the action on Sunday Night Football.

Seattle’s Run Game No Where to Be Found

First, it was Rashaad Penny, and then Chris Carson and even C.J. Prosise. They are all out. Done for the season. So, what did the Seahawks do? They went and picked up one of their most famous running backs of all time out of retirement. MarshawnLynch is back with the team. Lynch is expected to play early and play often for a desperate Seattle team.

The loss of Carson was the big one for Seattle, as he finished the season with more than 1,000 yards on the ground. The Seattle offense has done a great job of running the football all season, as they rank third, with nearly 140 yards per game on the ground. The pass game for the Seahawks, of course, led by Russell Wilson has seen Tyler Lockett move over 1,000 yards. He has caught 76 passes, and 7 of them have gone for touchdowns.

On the defensive side, this is not the old Seattle defense.  They are allowing nearly 25 points per game. In their last four games, Seattle has allowed 30, 28, 24 and 27. They held SanFrancisco to 24 in their first meeting,

There are a lot of question marks in regards to seedings in the NFC, but here is one thing we know. If the San Francisco 49ers win this game, they will claim the top overall seed in the NFC. That means the NFC title runs through the Bay Area in January. If Seattle wins, they win the division, and the 49ers will go to either Philadelphia or Dallas this coming weekend.

With all that said – they still have to beat a team they lost to earlier in the season, in one of the toughest environments in the league. JimmyGaroppolo will need to be sharp in this one. The quarterback has thrown for 3,693 yards and 27 touchdowns in 2019, but 13 interceptions, show it’s an issue.

Raheem Mostert has come out of nowhere and had a monster season for the 49ers. The running back needs 85 yards to reach 800 on the season, and his 6 touchdowns leads the team. GeorgeKittle is another monster for San Francisco. The former Iowa right end will reach 1,000 receiving yards, with just 33 in this game. He has 5 touchdown receptions. The 49ers offense ranks 2nd in all of the National Football League with 30.2 points per game, while their run game is also second with 145.1 yards per game.

PeteCarroll has shown the ability to have his team ready to go in big spots like this. Look for the veteran coach to have a great game plan to slow down the San Francisco offense, and Russell Wilson does his work at quarterback get by the 49ers vaunted defense. This is a pretty good point spread, but we like Seattle to win the game, so betting it makes it easy for us. We are taking RussellWilson and his ability to move the football to not only cover the field goal spread, but win this game and take the NFC West crown on Sunday Night Football. Take Seattle +3.