NFL Betting Preview, Odds and Picks for Texans vs Colts 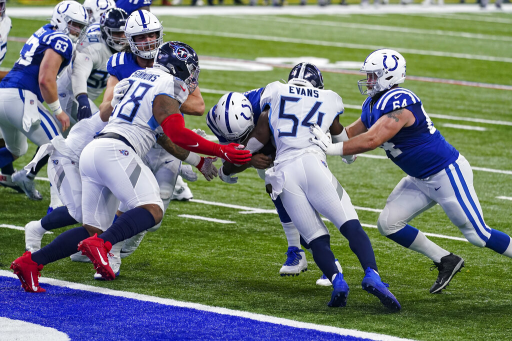 Both teams last met on December 6, with the Indianapolis Colts defeating the Houston Texans 26-20. Despite the loss, the Texans outgained the Colts by 398 yards to 371 yards in the game.

The Indianapolis Colts With the Momentum

The Indianapolis Colts enter this game with a win against the Las Vegas Raiders last Sunday, making it their fourth win in five games. Jonathan Taylor rushed for a season-high of 150 yards, with two touchdowns on 20 carries. He has gotten over 100-plus yards in his past three consecutive games. He rushed for 135 yards and a touchdown catch in their Week 13 fixture. He ranks second with 759 rushing yards amongst the rookies and third with six rushing touchdowns.

In the game against the Las Vegas Raiders, T.Y Hilton had five catches for 86 yards, also secured a season-high of two touchdowns. He had also set season-highs in their Week 13 game, in 110 yards, with 8 catches and a touchdown catch. Hilton has 98 catches for 1,732 yards in 17 career games, with 11 touchdowns against the Texans.

QB Phillip Rivers leads the Colts with a 64.6 QBR, having thrown for 3,507 yards, with 20 touchdowns and 9 interceptions. The Colts average 28.6 points per game, with 376.7 yards covered per game. They have allowed an average of 243.1 points per game from their opponents.

The following players of the Indianapolis Colts have their availability in question; LB Darius Leonard, TE Mo-Alie Cox, and CB Xavier Rhodes.

The Houston Texans Hoping to get a Comeback

The Houston Texans have lost two times consecutively in their last two games, having been defeated more recently by the Chicago Bears last Sunday, by 36-7. The Bears, who were on a 6-game losing streak, got their win at the expense of the Texans. They had also lost their previous home game against the Colts by 26-20.