NFL Betting Preview, Odds and Picks for Steelers vs Jaguars 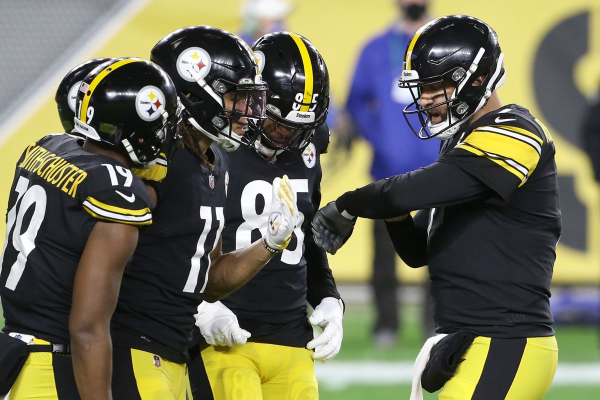 The Jaguars are Desperately Looking for a Comeback

Ever since their Week 1 match against the Indianapolis Colts, the Jacksonville Jaguars have not won a game, leaving them with an eight-game losing streak for a record of 1-8 this season. Now, with Gardner Minshew still in recovery, Jake Luton is bound to lead the defense again, and to some, this may be considered a problem.

Averaging 30.1 points per game and over 415 yards of total offense allowed per game, the Jaguars’ defense overall has been one of the most permeable defenses in the NFL. Based on these categories, both of those statistics place them in the NFL at 30th, and in terms of passing and rushing safety, they are near the bottom of most defensive categories. However, with nine passes and two interceptions on the season, Sidney Jones leads this defense, which ranks him highly among defensive backs.

James Robinson has proven to be an essential player in the Jaguar offense, not just this season but the whole year. This season, he has a 155-689-5 line, all of which rank him amongst the top ten running backs in the league. He ran 23-109 against the Green Bay Packers last week for average yardage of 4.7 per attempt. Again, this defense is arguably the best in the league, ranks ninth in rushing yards per game, and is tied for first with permitted rushing touchdowns per game. Robinson would require a great deal of help to get things done on the field in the passing game.

Also, the Jaguars have only lost a combined margin of six points between the two games in their last two weeks. And while the yet-unbeaten Pittsburgh Steelers would be a tough test, one must note that they still prefer to play down to competition as they did two weeks ago with the Dallas Cowboys.

The Steeler Out to Continue Their Winning Streak

This season, the Steelers have had a solid defense, which has helped them keep being outstanding as they rank among the top ten in almost every defensive category. For the season’s overall sacks, the Steelers have three players in the top 12 for a combined 22 sacks between T.J Watt, Bud Dupree, and Stephon Tuitt. In the league, Watt and Vince Williams are both tied for second with 14 tackles each. In total, as one of the most dominant defenses in the league, this defense has only allowed 19 points per game and about 318 total yards of offense. The jaguars would have some serious problems trying to score.

This season, James Conner has also been a terrific help for the Steelers in the backfield. Last week for his second-lowest yard of the season, he had 13 carries for 36 yards and the second week of under 40 yards. If the team uses the play-action properly, Conner would be able to see some yards in the open field against the Jaguar defense.

With a 9-0 record, the Pittsburgh Steelers are the only remaining unbeaten team in the NFL. Last week, Ben Roethlisberger took over on offense with over 300 yards passing and four touchdowns, and they beat division rival Cincinnati Bengals 36-10. Also, in their last three weeks before this game, they have managed to win each of those games only by an average margin of 4 points per game. The Jaguars are hardly a threat, but to win this one, they will need to remain vigilant and play dominant.

The Jaguar quarterback Gardner Minshew is currently out with an injury, so the team is relying on rookie quarterback Jake Luton to hold the fort. Although Luton has been playing better than expected, the team is yet to win a game. For the Steelers, there have only been winning all season, and it is common anticipation that they would continue this unbeaten streak against the Jaguars.