NFL Betting Preview, Odds, and Picks for Seahawks vs Washington 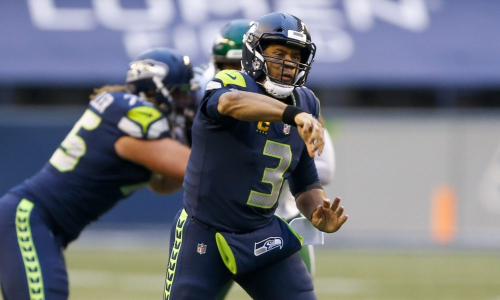 This is no doubt the top game for the game week as the NFC division leaders clash on Sunday afternoon in a game that should define the league. In this showdown, the Washington Football Team will be putting their four-game winning streak on the line after completing an incredible rise to the top of the East League standings. They will be facing a tough team in the Seattle Hawk, who will lock up a playoff berth if they come out victorious.

The Seahawks have had their week 16 game against the co-leading Los Angeles Rams circled for weeks, which is not good news for bettors as it is billed as another season-defining game, but they will have to first scale past Washington on Sunday. The Seattle Hawks have lost four of their previous away games but should have momentum after spanking the winless New York Jets by 40-3 last time out.

Furthermore, the Seattle Hawks will have to be at their attacking best against a Washington team with a defense that has held its previous four opponents to 17 or fewer points if they must emerge victorious in this encounter. Again, Seattle Seahawks in their last game depended on the brilliance of their quarterback Russell Wilson who threw four touchdowns in that one-sided victory. But had been much maligned for the season and has had just four touchdowns in the four previous games before the win against New York Jets. Against a Washington side that has allowed the third-fewest passing yards in the NFL this season, the Hawks have to be at their best if they are to win this fixture.

The Washington Football Team has been bright since the beginning of the season, but how they fare this weekend will largely depend on the availability of their quarterback Alex Smith who pulled up a calf injury in their 23-15 win against the San Francisco 49ers. Though he has not been consistent, he is still an upgrade on his deputy Dwayne Haskins.

Hence, a clean bill of health for Alex Smith would no doubt have an influence on the game.

The Seattle Seahawks will have to be at their attacking best if they want to win this game as they will be facing a side that ranks among the best defenses in the league this season.

Much of what Washington can do will no doubt largely depend on the availability of quarterback Alex Smith. If he is available, they should be able to make inroads against a Seattle defense that finds it difficult to stop the pass.

The Washington Football Team is the underdog in this match and should defeat the Seattle Hawks.