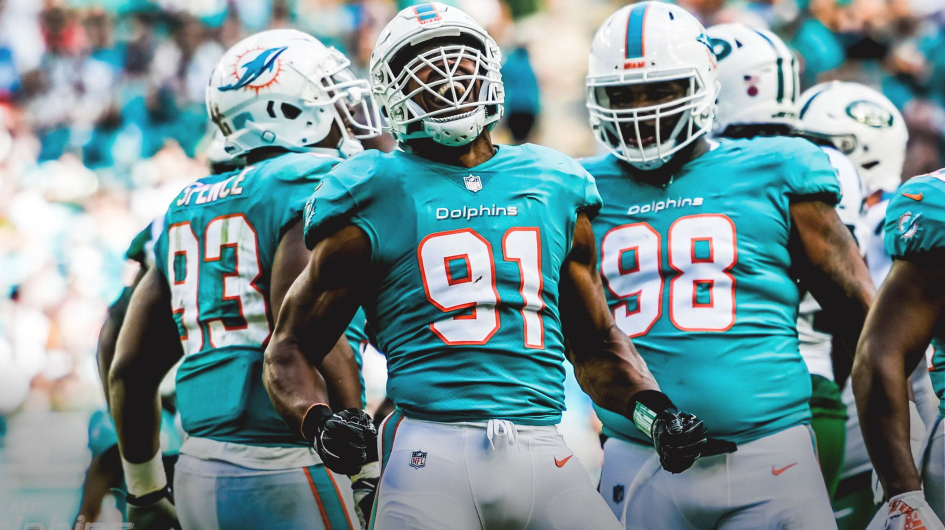 The 9-5 Miami Dolphins will travel to face the 7-7 Las Vegas Raiders on Boxing Day at 8:15 pm ET in what is expected to be an exciting game.

The Dolphins, who currently hold the final AFC Wild Card spot, are fresh off of a 22-12 win against the New England Patriots. In that game, quarterback Tua Tagovailoa rushed for two touchdowns, and running back Salvon Ahmed had 127 total yards and a touchdown of his own.

The Raiders are coming off of a 30-27 overtime loss to the Los Angeles Chargers. The loss pushed the Raiders’ playoff hopes closer to being impossible as they chase the Dolphins for that final wild-card spot. In order to take Miami’s place, Las Vegas will need to win their final two games, while the Dolphins and Baltimore Ravens will need to lose both of theirs.

The Dolphins are the marginal favorites to win this game with a moneyline of -148, according to FanDuel. The Raiders’ moneyline sits at +126.

The Dolphins are currently ranked 16th for points scored per game with 25.1. The Raiders have a slight advantage in this case, scoring 26.9 points per game, which ranks 11th.

Unfortunately for the Dolphins, their offense has been slipping over the last three games, averaging only 22.7 points per game.

On the defensive side of the ball, these two teams couldn’t be any more opposite.

Can Tua get it done for the Dolphins?

One of the more shocking moves of the NFL season was when the Dolphins benched then-starting quarterback Ryan Fitzpatrick in favor of rookie Tua Tagovailoa. While the 22-year-old has gone 5-2 this season, the offense has been less exciting than it was under Fitzpatrick (4-3).

If Tagovailoa can’t get it going through the air, Salvon Ahmed will have to get it going on the ground against a Raiders defense that has allowed an average of 171.3 rushing yards against per game over their last three, which is third worst in the NFL in that timespan.

Regardless, if the Dolphins want to take advantage of the Raiders’ awful defense, they’re going to need Tagovailoa to step up and for Ahmed to have another game like last week.

Raiders’ backs are against the wall

With minimal room for error, the Raiders will do all they can to win this week.

During last week’s game against the Chargers, Marcus Mariota made a relief appearance after Derek Carr left with an injury. Mariota ended up throwing for 226 yards, one touchdown, and one interception. Known for his ground game, Mariota also rushed for 88 yards and a touchdown.

It’s safe to say that if the Raiders want to overcome the Dolphins’ stout defense, they’re going to need another performance like that out of Mariota should he start again, as Carr has been limited in practice so far. Even if Carr plays, he’ll need an above-average performance to beat the Miami defense.

Tight end Darren Waller has been scorching hot as of late, catching 29 passes on 39 targets for 425 yards and three touchdowns over his last three games.

Needing to win out to make the playoffs are the Raiders desperate enough to pull off the win?

Picking the Raiders to win

While the Dolphins have one of the top defenses in the NFL, their offense has been slipping lately. I know that the Raiders have been allowing a lot of points too, but I’m still waiting for Tagovailoa to have that one performance that makes me believe he can win games decisively.

Nevertheless, it should still be an exciting game.

I don’t like the cliché of “X team wants the win more than Y team,” but I do think the Raiders will win and be hungrier for the victory after their overtime loss to the Chargers last week.