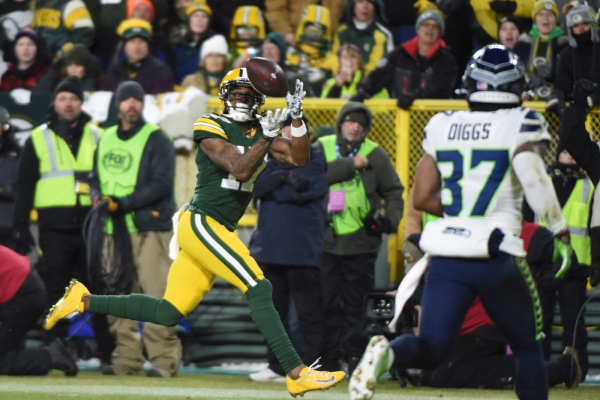 After months of blood, sweat and tears, the NFL will know its Super Bowl matchup by the end of Sunday as the AFC and NFC championship games are set to take place. In the nightcap on Sunday, the NFC champion will be determined as the Green Bay Packers will be at Levi’s Stadium to take on the San Francisco 49ers.

With both teams hoping to represent the conference in the Super Bowl, you can be sure that both teams will leave it all on the field Sunday. Kickoff for this one is scheduled for 6:40 pm ET.

The Packers are coming off of a 28-23 win over the Seattle Seahawks last week. Despite a late run by the Seahawks, the Packers had control of this pretty much from the get-go. Aaron Rodgers threw for 243 yards and two touchdowns, while Davante Adams had eight receptions for 160 yards and two scores.

The 49ers had a relatively easy time getting by the Minnesota Vikings last week, topping the visitors 27-10. In the game, the 49ers defense was able to get one interception off of Kirk Cousins and held Dalvin Cook to just 18 yards on nine carries.

Offensively, Jimmy Garoppolo threw for just 131 yards, but Tevin Coleman had 105 yards on 22 carries and two touchdowns. The 49ers are hoping for a repeat of earlier in the season when they beat the Packers at home 37-8.

The 49ers come into this one as 7.5-point favorites playing at home. The over/under on total points scored is set at 46.5.

Defensively, it is once again the 49ers who hold the edge as they rank fifth in terms of points allowed per game with 18.8 points (18.6 at home). The Packers are overall, allowing 19.8 points per game (19.6 on the road).

Let’s face it, even though he hasn’t shown the utter dominance of previous seasons, as long as the Packers have Aaron Rodgers under center, they have a chance. The future Hall-of-Famer has thrown for 4,002 yards this season with 26 touchdowns and just four interceptions.

By far, his favorite receiver has been Davante Adams, who went for 83 receptions, 997 yards and five touchdowns this season.

On the ground, it is Aaron Jones who leads the way for the Packers, rushing 236 times for 1,084 yards and 16 touchdowns. He has also contributed in the passing game with 49 receptions for 474 yards and three touchdowns.

Eyes On The Prize

The 49ers have been able to win a lot of games with their exceptional defense, but they are still going to need Garoppolo and company to do their part on the offensive side. On the season, Garoppolo has thrown for 3,978 yards, 27 touchdowns and 13 interceptions. He certainly has the capability to make big plays with his arm, but he has also been prone to questionable decisions that have led to turnovers.

The leading receiver this season for San Francisco has been tight end George Kittle, who has 85 receptions for 1,053 yards and five touchdowns. He is a matchup nightmare for defenses, and the Packers will have their hands full with him.

On the ground, the 49ers have a few options that can beat you. The leading rusher during the regular season was Raheem Mostert, who had 137 carries for 772 yards and eight touchdowns. Matt Breida had 123 carries for 623 yards and a touchdown, while Tevin Coleman rushed 137 times for 544 times and six touchdowns.

49ers Win, But Can They Cover?

This matchup of 13-3 teams doesn’t completely seem even. Despite the records, the eye test has felt like the Packers have had to find ways to win throughout the season while the 49ers have dominated opponents, particularly at home, where they are 7-2 this season.

I do think that the Packers make it a much closer game than when they played during the regular season, but I still like San Francisco to walk away with the win. The problem, though, is the spread.

If the 49ers can force Rodgers to have to throw at other targets besides Adams, the Packers could be in trouble. For me, though, I think the final score will be relatively close, so ultimately, I like the Packers getting the 7.5 points.