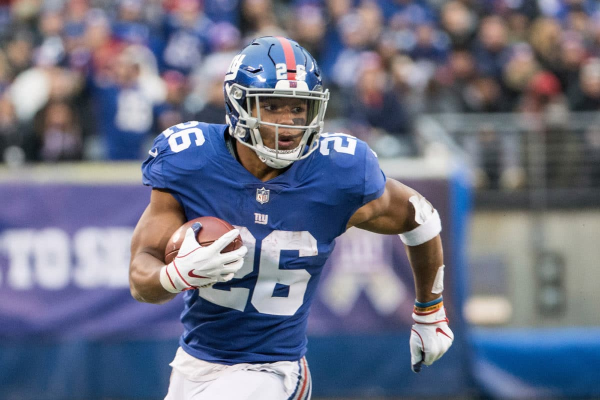 The New York Giants have made the playoffs just two times this decade, and their 2018 season was a disaster. New York features one of the best running backs in football in Saquon Barkley, but the rest of their offense is a mess. Veteran Eli Manning is expected to be the starting quarterback to begin the season, but the Giants also have a talented rookie in waiting. The Giants have already dealt with a lot of injuries in training camp, most notably to their wide receiving corps. New York is not expected to be a real threat to make the playoffs this season.

The Giants finished the 2018 regular season with a record of 5-11 and were never really in the playoff race. New York was actually a decent team to bet on a season ago, posting an 8-7-1 record against the spread. Don’t expect to see the New York Giants favored in many games this season.

The biggest move that the New York Giants made this offseason was trading Odell Beckham Jr. to the Cleveland Browns. OBJ had a successful career in New York but caused a lot of headaches on the sideline and off the field. The Giants brought in Golden Tate to replace Beckham, but Tate will be starting the season off with a four-game suspension. New York also decided to let safety Landon Collins go in free agency instead of using the franchise tag on the veteran.

Saquon Barkley: Saquon Barkley ran for over 1,300 yards last season as a rookie and also had over 700 receiving yards. The Giants figure to get the ball in Barkley’s hands a ton this season, and it will be interesting to see how he can hold up. New York needs Barkley to have a monster season to carry the load in 2019.

Eli Manning: Eli Manning threw for nearly 4,300 yards a season ago but only had 21 touchdown passes. Manning completed 66 percent of his passes in 2018, but he doesn’t strike fear in opposing defenses like he once did.

Rookie Class: The Giants had three first-round picks in 2019, and they landed three talented players in Daniel Jones, Dexter Lawrence, and Deandre Baker. Lawrence is expected to play on the defensive line to begin the season, and Jones could take over the quarterback job before the season is over.

The New York Giants have the potential to be a little better this season, but their schedule won’t make things easy. The Giants are going to be faced with a tough decision at quarterback at some point in 2019, and that could be a turning point. Vegas has set the win total at 6.0 wins for the 2019 regular season, and that feels a little high. The Giants are going to struggle to win games in 2019, and the right bet is the under at -135. New York is not going to be a threat to make the playoffs in 2019, but their time is coming. Stay away from all future bets regarding the New York Giants this season.