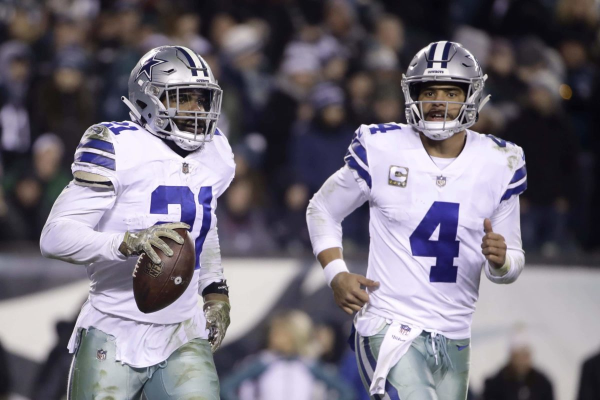 The 2019 NFL season kicked off on Thursday night, but the real fun begins on Sunday. There are a lot of terrific matchups on the schedule this weekend, but perhaps none is bigger than the one set to take place in Dallas. The Cowboys are hosting the New York Giants in what has turned into one of the best rivalries in the National Football League. These two teams play in the NFC East, which is always one of the craziest and unpredictable divisions in the league. Winning this game in Week 1 could be the launching point towards a terrific 2019 season.

Dallas had a terrific 2018 regular season that saw them win the NFC East. The Cowboys were able to win a playoff game as well, and they return much of their same roster from a season ago. There always seems to be drama in Dallas, but this team has the talent to win games despite the extra noise.

New York had a miserable 2018 season, finishing in last place in the division. The Giants are hoping for a huge bounce-back season in 2019, but they return much of the same roster. Dallas is a seven-point favorite over the New York Giants in this game.

Elliott Will Be Out to Earn His Money

It looked as if Ezekiel Elliott would miss the first few games of the 2019 season, but he is back with the team now that he has been paid. Elliott will be out to prove he is deserving of that new contract. The Cowboys’ star running back ran for over 1,400 yards a season ago, and that was in just 15 games.

Dallas also has a star quarterback in Dak Prescott and a talented group of wide receivers led by Amari Cooper. The Cowboys should have a terrific offense this season, especially against a weak Giants defensive team.

Dallas also featured a terrific defense in 2018, led by an up-and-coming star linebacker. Leighton Vander Esch led the team with 140 tackles a season ago and should be even better this season. The Cowboys love to bring a ton of pressure, and they will be in Eli Manning’s face all day long. If Dallas can get an early lead, its defense will be hard to score on.

All Eyes On Manning For Giants

Manning will be back under center for the Giants this season, but there will be plenty of eyes on him this season. If Manning does not get off to a solid start, fans will be hoping for rookie Daniel Jones to take over. Manning did have a solid 2018 season, throwing for 4,299 yards and 21 touchdowns.

Running back Saquon Barkley will see plenty of touches in this game, and he will be a problem for the Cowboys defense. Barkley had 1,307 rushing yards during his rookie campaign and is a weapon in the passing game as well.

The Giants weren’t a great defense in 2018, but their offense put them in some rough spots. New York allowed close to 26 points per game on over 370 total offensive yards in 2018. The Giants will also be without a few of their best defensive players from a season ago, after letting some of them go in the offseason. Stopping or containing Elliott will be priority No. 1 for the New York Giants defense.

This rivalry has produced plenty of memorable moments in the last few seasons, but this game won’t be one of them. The New York Giants just simply don’t have the weapons to keep up with the Cowboys, and their defense isn’t good enough to keep them in it either. Dallas might have had a crazy offseason with plenty of drama, but they will be ready to play in the season opener. The Cowboys will put up a ton of points and roll to an easy victory in this game. Bet the Dallas Cowboys -7.0 over the New York Giants.