New Orleans Saints vs. Philadelphia Eagles Preview: Will the Saints March On to a Ninth Straight Win? 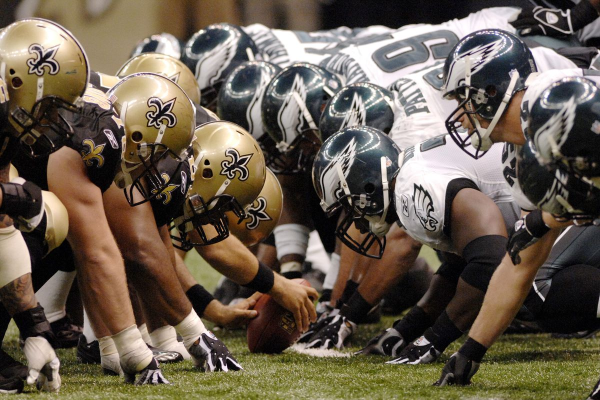 This time last year, Jalen Hurts was fresh off of winning a Big 12 title with Oklahoma and looking forward to a College Football Playoff matchup with LSU. Now, Hurts is preparing for his first NFL start, as he replaces Carson Wentz as the Philadelphia Eagles’ starting quarterback for Sunday’s visit from the 10-2 New Orleans Saints.

The Eagles had high hopes coming into the season, but it’s been a struggle from the outset and has just gone from bad to worse. Sunday’s 30-16 loss at Green Bay was their fourth in a row and dropped them to 3-8-1. As a result, their hopes of winning the NFC East are hanging by a few threads, as 5-7 duo New York and Washington have moved to the front with recent win streaks.

They will turn to Hurts to try to keep those hopes alive and end the Saints’ nine-game winning streak. The Saints are 3-0 without Drew Brees, and it appears that Taysom Hill will be getting a fourth straight start as the Saints look to all but clinch the NFC South.

Wentz and the Eagles offense have not produced on the level that you would expect from a team with a quarterback with a nine-figure contract. So the move to Hurts isn’t surprising in that regard.

Going into Week 14, the numbers don’t make for pretty reading for the Eagles.

Will Hurts make a difference? In his most extensive NFL action, he showed enough of his dual-threat ability to convince coach Doug Pedersen that it was time to start his second-round pick. He was 5 of 12 for 109 yards with one touchdown and one interception, and he ran for 29 yards on five attempts.

In his first NFL start, Hurts will face quite the challenge, as the Saints boast one of the NFL’s best defenses.

The Saints haven’t needed to be stellar on offense with the way the defense has been performing, but they topped 400 yards for the first time in Hill’s three starts in Sunday’s 21-16 win at Atlanta.

The rushing attack produced 207 yards against the Falcons, their second straight 200-yard effort after a 229-yard day at Denver. On the season, the Saints are seventh in the NFL in rushing yards per game, averaging 140.8. The Eagles are 25th in the NFL in rushing yards allowed per game (129.9 ypg), so that is another important area in the Saints’ favor.

Under 42.5 (-106): Even if Hurts does inject some improvement into the Eagles offense, this game should not go over.

When it comes to potential player props, Hill to score a touchdown is one to keep an eye on, even though he didn’t score last week after posting two rushing touchdowns in each of his first two starts. So are the rushing yardage totals for Hill, Alvin Kamara, and Latavius Murray, given the matchup.

With Brees reportedly well on the road to recovery, this may well be Hill’s last start, if Brees is activated from injured reserve in time to start against Kansas City in Week 15. A 4-0 run is in the cards, as this is a matchup that heavily favors a Saints win.

Hurts may or may not be the answer for the Eagles short or long term, but his first pro start won’t be a winning one. Stay away from the spread, as the Eagles could keep it close like the Falcons did last week, but the under is a safe bet.

After extending their hot and San Diego’s cold streak, the Seattle Mariners will be looking to leave Petco Park with a two-game sweep as they take on the Padres this afternoon. Yesterday, the Mariners pounded out a dozen hits and plated eight runs, and Chris Flexen pitched 6.2 shutout innings to collect his third straight END_OF_DOCUMENT_TOKEN_TO_BE_REPLACED