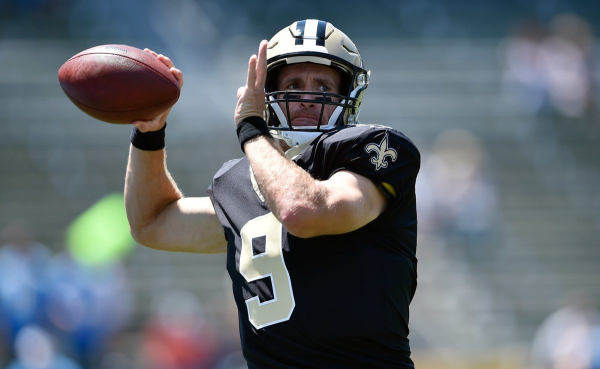 The New Orleans Saints’ 2018 season ended in heartbreak and controversy as they were upset by the Los Angeles Rams in overtime in the NFC Championship Game. A no-call on a blatant pass interference play opened the door for the Rams and sent the Saints home in heartbreaking fashion for the second straight season. New Orleans made some improvements to its team in the offseason, but it also returns almost all of its key players from a season ago. The Saints are an early favorite to win the Super Bowl this season, and their fans are ready.

The New Orleans Saints finished the 2018 regular season with a record of 13-3 to win the NFC South Division. The Saints rolled to the NFC Championship Game before suffering the brutal defeat. New Orleans was also great against the spread a season ago, finishing with a record of 10-8 in their 18 games.

The New Orleans Saints said goodbye to running back Mark Ingram in the offseason, but his services were no longer needed with the emergence of Alvin Kamara. The Saints made three very important signings, with two of them being extending two of their current players. New Orleans reached a deal with Teddy Bridgewater to keep him around as the backup QB, and the Saints also extended defensive end Cameron Jordan to a three-year deal. The biggest free-agent signing that the Saints made was bringing in veteran tight end Jared Cook.

Drew Brees: Brees threw for 3,992 yards a season ago and had 32 touchdown passes. Brees remains one of the top quarterbacks in the National Football League despite being 40 years old. If the Saints are going to make a return trip to the playoffs this season, Brees is going to need to have another big year.

Alvin Kamara: The emergence of Alvin Kamara made Mark Ingram disposable this offseason. Kamara had close to 900 rushing yards a season ago and was also a force in the passing game. The Saints will be looking to get the ball in his hands a lot this season.

Michael Thomas: Thomas had 125 receptions for 1,405 yards a season ago and has established himself as one of the best receivers in the NFL. The Saints have paid Thomas well to keep him around, and Drew Brees loves throwing to his top target.

Rookie Class: The Saints had just five picks in the 2019 NFL Draft, and none of their draft picks were big-time players. Offensive lineman Erik McCoy should provide some added protection for Brees, and tight end Alize Mack could factor into the passing game.