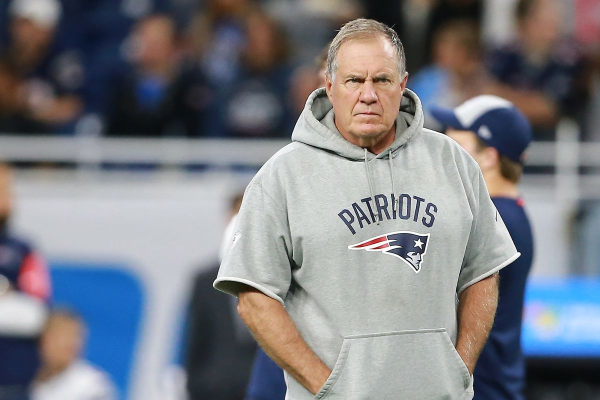 We get a bonus Monday night game, albeit under unfortunate circumstances, when the New England Patriots visit the Kansas City Chiefs. This was supposed to be the CBS afternoon national game on Sunday, but has been pushed back a day after some positive COVID tests from New England.

The Patriots’ positive test is a big one too, as Cam Newton heads to the injured/COVID list. Brian Hoyer will start in his place, and the line has moved from the Chiefs as -7.5 favorites to -11 accordingly. The betting total has also dropped from 53.5 to 50.

The Chiefs would’ve drawn a lot of betting action regardless, as the the reigning Super Bowl champions and winners of their last 12 games overall. Kansas City had arguably the most impressive win of any team so far this season in a 34-20 rout of Baltimore on Monday. The postponement of this game a day also helps the Chiefs avoid a short week turnaround.

The Patriots are off to a 2-1 start in the post-Tom Brady era, but will look very different with Hoyer in for Newton. The Patriots are going to have to rely on a strong defensive outing to keep the Chiefs in check now that their offense has been dealt the blow of losing Newton when they were already banged up.

Newton has had some mixed results taking over for Brady, but he very much gave the Patriots a better chance to stay competitive in Monday’s game against the Chiefs. Newton played just 2 games last season, but had looked healthy so far in 2020, completing 68.1% of his passes and scoring 4 TD on the ground.

All hope is not lost with Brian Hoyer under center, however. Hoyer is a 10+ year vet that has spent time in the New England system in 2017 and 2018, before returning in the offseason. Hoyer was 35 of 65 passing with the Colts last season, even starting in one of his four appearances.

The Patriots also have Jarrett Stidham available, a QB many fans were prepared to go to battle with before the team signed Newton. Stidham played in three games last year as a rookie in late relief of Brady, but has still thrown just four passes in his NFL career.

Normally playing the Chiefs defense would give any opposition at least a betting lean. KC has buckled things up this year though, giving up 20 points in each of their first three games. Kansas City just limited reigning MVP Lamar Jackson to 97 passing yards and 83 rushing yards, so a date with Brian Hoyer isn’t exactly intimidating.

Once and Future King

With Newton’s absence, the Chiefs have a sizeable QB advantage with Patrick Mahomes manning their offense. That can be said against nearly every team though, as Mahomes had his best game of the season on Monday throwing for 385 yards and four touchdowns.

On the season, Mahomes has nine touchdown passes to six different receivers. Kansas City also has a new weapon to rely on in RB Clyde Edwards-Helaire. The rookie is not yet a consistent running back, but he’s added a new dimension to the already potent Chiefs offense.

The New England defense will have its hands full on Monday night, especially if their battered offense fails to sustain drives. Julian Edelman will play through a knee injury and James White (personal) and Sony Michel (quadricep) are also iffy.

After last Monday’s walloping of the Ravens, the Chiefs are clearly on a roll and ready to dominant anyone and everyone. There are few reasons to be concerned about Kansas City in this one, so bet on the Chiefs to have a big outing Monday night.