Money Pours in as Denver Broncos Plays Without Quarterbacks 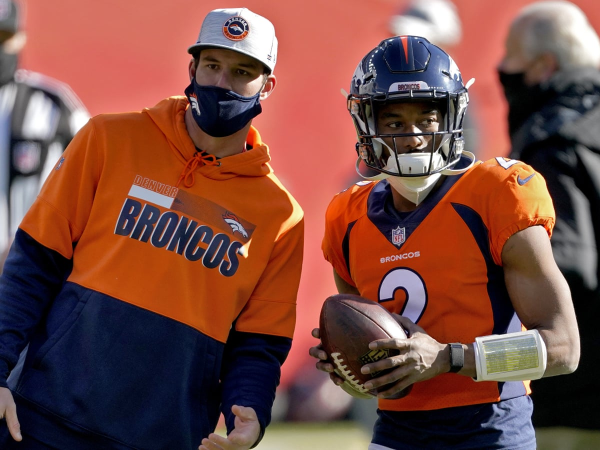 After the announcement from Denver Broncos on Saturday, stating that they will face the New Orleans Saints without a true quarterback, point spreads soared. It’s been relatively smooth sailing for the NFL, but as it heads into the stretch run of the season, there will be a lot of issues to be addressed.

Covid’s Rampage on the League

Covid-19 sits at the top of that list as it has continually affected the league adversely. The primetime Thanksgiving showdown was the first event to be affected by the virus. The fixture of the Pittsburgh Steelers and Baltimore Ravens has been postponed twice. It was first moved to Sunday and is now set for Tuesday. Some sportsbooks have taken the game off the board entirely as a result of the uncertainty surrounding the game.

Also, Santa Clara County has just recently announced a three-week ban on all “recreational activities that involve physical contact or proximity to persons outside one’s household.” Santa Clara County is the home of the San Francisco 49ers, which invariably meant that the 49ers could not practice nor play at their usual home. They were able to steal a win at the home of the Los Angeles Rams on Sunday even as they face these limitations. On Saturday night, the Broncos were hit hard ahead of their matchup with the New Orleans Saints.

On Thursday, the Denver Broncos quarterback, Jeff Driskel tested positive for Covid-19. The other two quarterbacks in the team were deemed high-risk close contacts and were deemed ineligible to play. As all three quarterbacks were out, the Broncos were forced to face the Saints without a true quarterback.

Immediately the news hit mainstream media, point spreads soared at sportsbooks. The question, “how are they going to score?” was on everyone’s lips. It was reported that Kendall Hinton, the practice squad receiver will step up to the plate. His first three seasons at Wake Forest had him play as a quarterback, throwing eight touchdowns in 251 career attempts. He eventually shifted to a receiver in 2019.

A few hours before kickoff, the director of communications for PointsBet, Patrick Eichner, said, “Huge adjustment. The line moved from 6-5 to 14 and is now at 15.5. I still think that is not enough. I am interested to see where it closes. We are taking a lot of Saint money since the news, and it will be all Saints money until kickoff.”

As the points spread widened, the total plunged. Another factor that influenced this aside from the Broncos playing without an original quarterback is the fact that Taysom Hill was making his second consecutive start at quarterback for the Saints. Genn Herzog, the senior sportsbook risk manager at Circa Sports, said, “Anytime there are more running attempts, you are going to have a lower total. With Taysom Hill, it is a compounding effect. With a low total, the points get more and more valuable. You always expect a spread so large to come back. As a bookmaker, in the back of your mind, you are preparing for the ceiling. Eventually, there is value on the other side. Where that is happening, that is the question.”

The Saints won emphatically 31 – 3 yesterday. The void in the quarterback position showed as they were not able to square up with the Saints.