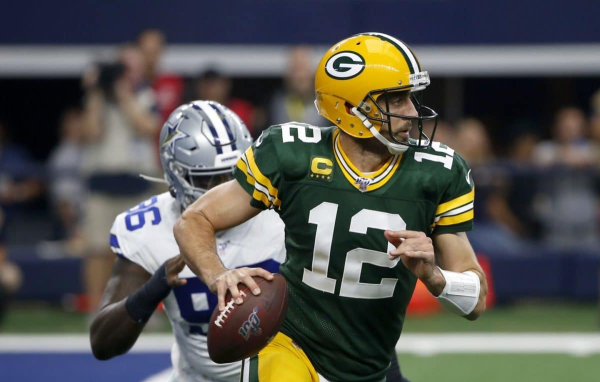 Historic Lambeau Field will be the site for Monday Night Football to wrap up Week 6 of the 2019 NFL season. The Detroit Lions will be in town to take on their NFC North rival, the Green Bay Packers. Both of these teams have been playing well this season, and there will be two terrific quarterbacks on the field. The team that is able to get more stops on defense will likely win this game, but there will still be plenty of points scored.

Green Bay comes into this game with a 4-1 record, but their one loss did come at Lambeau Field to the Philadelphia Eagles. The Packers currently sit in first place in the NFC North, and they look like one of the best teams in football.

Detroit brings a 2-1-1 record into this game, and the Lions nearly knocked off the Kansas City Chiefs two weeks ago. The Lions should be fresh off of their bye week, and they can flip the division standings with an upset win. The Green Bay Packers are four-point favorites over the Detroit Lions in this game.

Packers Are More Than Just Rodgers

Aaron Rodgers is off to another great start for the Green Bay Packers, but they have finally found some help for him on the offensive side of the ball. Rodgers has thrown for over 1,300 yards already this season but has just six touchdown passes. Running back Aaron Jones found the end zone four times a week ago against the Dallas Cowboys, and the Packers are committed to running the football. The Packers are much tougher to stop this season with all of the balance that they have.

If Detroit is going to play its way into the playoffs this season, it is going to have to improve on the defensive side of the ball. The Lions are giving up 23.8 points per game, and that has to be a concern against the explosive Green Bay Packers. Detroit has just nine sacks so far this season, but the Lions have forced eight turnovers. If the Lions are going to win this game, they are going to have to get some pressure on Rodgers.

The Lions have a balanced offense as well, and they are averaging nearly 24 points per game this season. Quarterback Matthew Stafford has thrown nine touchdowns this season, and Marvin Jones Jr. has emerged as his top target. Running back Kerryon Johnson has run for 251 yards this season, and the Lions are going to have to run the ball to stay in this game. Detroit can score right along with the Packers in this game, but it will need their defense to perform as well.

Rodgers has a history of playing well on Monday Night Football, and the Detroit Lions had better have a plan to slow him down. The Packers have been running the ball well of late, and suddenly their offense is much more balanced. Stafford is off to a great start this season as well, but he has to try and make up for a struggling defense.