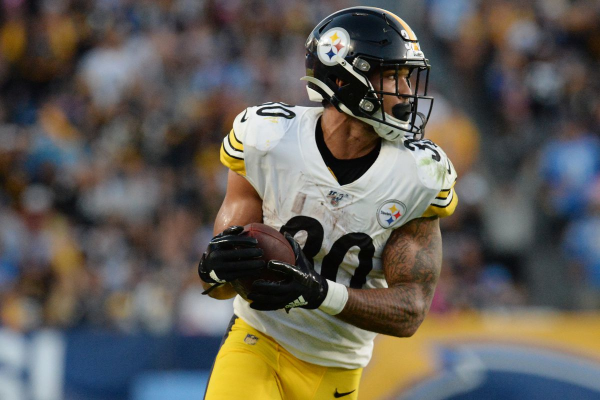 The Pittsburgh Steelers appear to have figured some things out of late, and they are starting to resemble a winning football team. The Miami Dolphins have yet to win a game all season, and it is hard to envision them ever winning one. Pittsburgh and Miami are set to square off for a Week 8 battle on Monday Night Football at the home of the Steelers. These are two of the proudest and most storied franchises in league history, but they are both having less than special seasons.

Pittsburgh comes into this game with a record of 2-4, but both of its wins have been in its last three contests. The Steelers have an impressive win over the Los Angeles Chargers on their resume, and this team is not out of the playoff race. Miami is 0-6 on the season, and they haven’t been very competitive in any of their games. The Dolphins are being outscored by more than 25 points a game. Pittsburgh is a 13.5-point favorite over Miami on Monday Night Football.

Dolphins Just Don’t Have Any Offense

The Miami Dolphins don’t do a lot of things very well, but they have been downright miserable on the offensive end of the field. Miami is averaging just over 10.0 points per game this season, which is tied for the worst mark in the NFL. The Dolphins don’t really have a starting quarterback, although Ryan Fitzpatrick and Josh Rosen have both been given opportunities to win the job. Miami is averaging less than 67 rushing yards per game, and they just don’t have the talent to put a scare in opposing defenses. Don’t expect the Dolphins to score more than two touchdowns in this game.

Defense hasn’t been much better for the Dolphins this season, but they seem to always be out on the field. Miami is allowing over 35 points per game, but they have also played some pretty good offensive teams. The Dolphins have just seven sacks and two takeaways, and that has forced them to be on the field for some long drives. Miami can be a solid NFL defense, but it needs some help from its offense.

Mason Rudolph is set to return to the field for the Pittsburgh Steelers, and that feels like a small miracle. Rudolph suffered a concussion just a few weeks ago after absorbing a big hit. Rudolph has completed 67 percent of his pass attempts this season and has done a great job of taking care of the ball. Pittsburgh is still going to need more from running back James Conner if it is going to get back into the playoff race. Conner is averaging less than 40 yards per game, which is less than half of his production from a season ago.

The Steelers have given up at least 17 points in all but one game this season, and that just isn’t going to get the job done. Pittsburgh is giving up 22 points per game, but they should be able to improve upon those numbers in this game. The Steelers have racked up 20 sacks already this season, and their defense should cause some havoc in this game.

Pittsburgh Blows Out Miami on MNF

Monday Night Football is usually one of the biggest events on the sports calendar, but that won’t be the case this week. The Miami Dolphins are clearly the worst team in the NFL this season, and they don’t even seem to be trying to win games. Pittsburgh is off to a disappointing start to its season as well, but it can move to within one game of the .500 mark with a win. The Steelers are still a very proud organization, and they are going to blow out the Dolphins on Monday Night Football. Bet the Pittsburgh Steelers -13.5 over the Miami Dolphins in this Week 8 showdown.