Major Impact: Gordon Set To Return In Week 4 For The Chargers 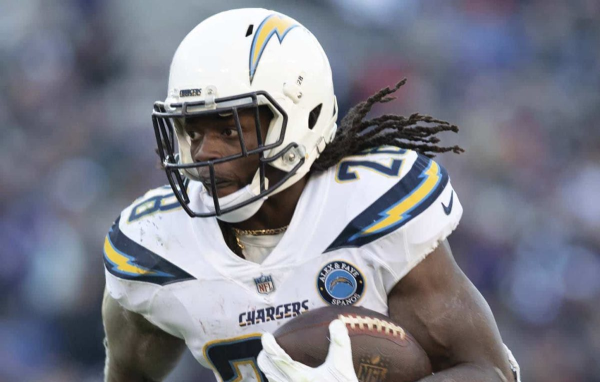 As Melvin Gordon ends his holdout, does his re-arrival mean anything for the Chargers in Week 4?

So people, especially in the world of betting, really like to make more out of things than they really are. “Wow, that’s a terribly imprecise and imperfect way of saying that. What do you mean?” you may ask.

So here’s what I mean.

What I mean is the following: Melvin Gordon is back. Ok, so what? Who cares? Seriously, who cares? There is a whole lot more coming into play in the Los Angeles Chargers’ Week 4 game than meets the eye, and beyond that, Week 5 is more than a wash for several reasons because of the team the Chargers are playing. No offense, Miami.

Enough said. It’s the Dolphins, man. Aside from being the league’s undisputed worst team, the Dolphins have consistently had the largest spreads of the year, especially for being an underdog. What does this mean? This means that out of every team playing this season, the Dolphins have, by far, had the absolute biggest projected numbers around.

So what does that mean? It means that unless the Chargers are purposely trying to lose, there is almost no way in heck they are going to lose this game. No way. There are sure bets, and then there are bets against the Dolphins. While Gordon may have some impact during this game, the biggest impact will be the horror show that is Dolphins football on full display for another week.

Yes, from a pure “name” perspective, you like to see Melvin Gordon’s name on the depth chart, especially as an active player, but the team has bigger issues than running back. After back-to-back losing weeks, the biggest issue for the Chargers is undoubtedly their ability to get timely stops. In both of their recent games, against the Lions and the Texans, the issue is more related to their ability to stop clutch drives from the other team.

In fact, if other teams are coincidentally “clutch” against your squad a lot, there’s a problem there, a problem that needs to be addressed. This is where the other issues will come into play going forward, and hopefully, Gordon can actually have a positive impact but not in the ways you think.

When it comes to opponents that we expect to run into, there are major issues when you run into the big names coming back. In fact, if the bookmakers are correct, then we are going to see a 16-point-plus victory for the Chargers, who have failed to cover in every single game of the season so far as one of the league’s worst teams against the spread.

Coincidentally, they run into the Dolphins, who are also one of the league’s worst teams against the spread after failing to cover against the Ravens, Patriots, and Cowboys, all of which covered convincingly against the Dolphins, who have been held down significantly by their inability to get timely scores as well, at least for gamblers.

While Gordon may be an added opponent for others to worry about, keep in mind, the Dolphins may very well key in on him knowing he’s expected to be yet another focal point of the team. This is where there are so many other issues to consider, that if you’re unable to see the bigger picture, then you very well may get lost thinking that Gordon is going to have a major impact.

Long-term, sure Gordon will look to play a major role for the Chargers, but for now, don’t expect much of an impact at all.