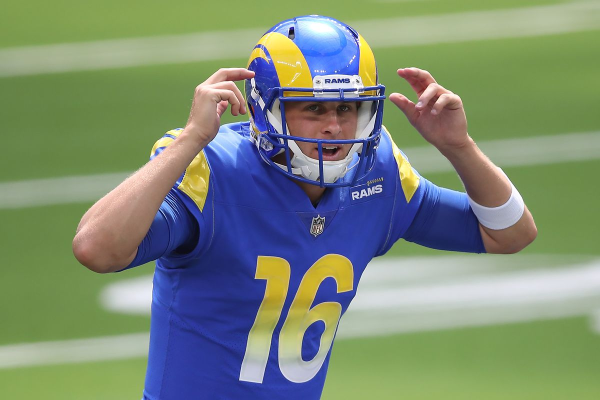 Week 2 is upon us, and Sunday features a good matchup as the Los Angeles Rams (1-0) travel to Lincoln Financial Field to take on the Philadelphia Eagles. Kickoff for this one is scheduled for 1:00 pm ET.

For the Rams, they were able to defeat the Dallas Cowboys in Week 1, 20-17. In the victory, Jared Goff threw for 275 yards and an interception while Malcolm Brown had 18 carries for 79 yards and two scores.

The Eagles lost a rough one on the road at Washington last Sunday, 27-17. In the loss, Carson Wentz went 24 for 42 with 270 yards and two touchdowns, but he also had two interceptions. With Miles Sanders out last week, Boston Scott led the rushing attack but could only muster 35 yards on nine carries.

According to Fanduel, the Eagles come into this one as a slight favorite. Their moneyline sits at -112 while the Rams are at -104. The spread comes in Rams +1.5 while the over/under for total points sits at 45.5.

Mind you, statistical rankings should be taken with a grain of salt after just one week, but the Rams currently rank 19th in the NFL in scoring at 20 points while the Eagles rank tied for 23rd at 17.

Defensively, the Rams rank tied for 8th as they gave up just 17 points. Despite the low scoring output, they rank 22nd in the league in yards allowed per game as they allowed Dallas a combined 380 yards.

The Eagles rank 22nd overall in scoring defense as they allowed 27 points. Despite that, they currently rank first in total yards allowed at just 239.

With an outstanding division that also features the Seattle Seahawks, Arizona Cardinals, and San Francisco 49ers, Sean McVay and the Rams would love nothing more than to start the season 2-0.

Offensively, they will turn to Jared Goff to get the job done under center. Last season, after signing a big extension, Goff was a bit disappointing. He went for 4,638 yards and 22 touchdowns, but also had 16 interceptions along the way.

Eagles Looking To Bounce Back After Opening Loss

Speaking of Wentz and the Eagles, they will look to bounce back after a rough opening week. For Wentz, he has to be encouraged by his yardage and two touchdowns, but the interceptions have to be reduced.

Last season, Wentz threw for 4,039 yards, 27 touchdowns, and seven interceptions. He will hope to recreate that sort of production this season.

After being held out of Week 1, Miles Sanders looks to be ready for this week. He practiced in full on Thursday and should be the featured back for the Eagles. That is welcomed news for the Eagles’ offense, who struggled to get much of an offensive attack going last week.

In 2019, Sanders rushed 179 times for 818 yards and three touchdowns. He also had 50 receptions for 509 yards and another three scores. The second-year pro should elevate his game even further this year, especially being the clear starter at running back this year.

Taking The Rams And The Points

This one is close, and the spread reflects it. Either team has the ability to step up on either side of the ball and get the job done. With the potential for a close game at hand, though, I am inclined to take the points when I can get them.

For that reason, I am taking the Rams at +1.5 playing on the road.