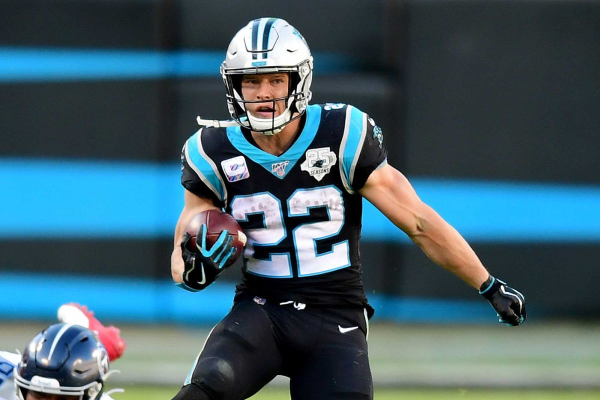 The Detroit Lions (4-5) will be taking a drive down to the Bank of America, Charlotte, North Carolina, USA, to take on the Carolina Panthers (3-7) in the NFC matchup on Sunday, the 22nd of November. The game will commence by 1:00 PM EST. The FOX TV Channel will be covering the game. Both of these teams will be playing their hearts out as a win will bump up their division rankings.

The Detroit Lions have played their way back into possible playoff potential over the past few weeks. The team is currently tied with the Vikings in the fight out of the NFC North division. The Lions won their most recent match against the Washington Football Team, with Matt Prater producing the winning 59 yards field goal.

In getting the ball past their opponent’s defense, the Detroit Lions have gained an average of 25.22 points per game. Talking about average yards gained, the Lions stand at 324.67 total, 233.11 yards in passing and rushing 91.56 yards. The Detroit Lions are ranked 19th in offense in the National Football League.

QB Matthew Strafford has been exceptional, leading in passing yards with 2,403 and 17 touchdowns. Season lead rusher Adrian Peterson has rushed for 371 yards with 97 carries, scoring 2 touchdowns for the Lions, and wide receiver Danny Amendola has hurled in 28 throws in 411 yards.

The Panthers looking to break the losing streak

In their last game, the Carolina Panthers lost to the Tampa Bay Buccaneers in a 46-23 final score. In the games, quarterback Teddy Bridgewater threw for 136 yards producing 2 touchdowns with 1 interception. Mike Davis led the team on the ground rushing for 32 yards with 7 carries, and wide receiver D.J Moore caught 4 throws in 96 yards scoring a touchdown.

Currently, the Carolina Panthers rank 21st in offense in the NFL, averaging 23.30 points per game. In passing yards, the team has accumulated a 245.70 average and a rushing average of 105.30 yards per game.

Quarterback T. Bridgewater has gained 2,552 yards passing and scored 137 touchdowns and 7 interceptions. In rushing yards, M. Davis takes the lead with 385 yards covered with 2 touchdowns. Meanwhile, wide receiver R. Anderson has 64 receptions in 772 yards and 1 touchdown to his name.

The Carolina Panthers rank 21st in defense, allowing an average of 27.20 points per game. The team averages 256.10 in passing yards allowed and 123.90 in rushing yards.

The Panthers may struggle in their defense and also in offense against the Lions like they did against the Tampa Bay Buccaneers. The Lions, on the other hand, plays a great offense and might outpace the Panthers.