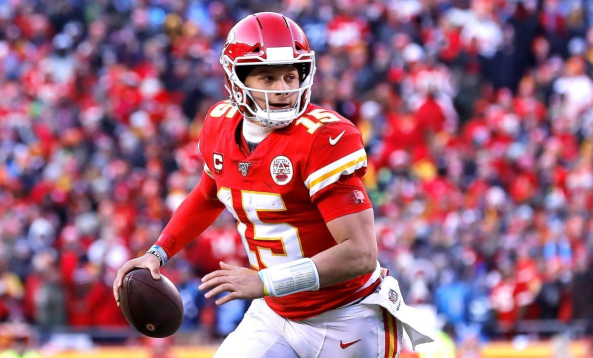 Sunday features an AFC West showdown as the first-place Kansas City Chiefs (4-0) host the second-place Las Vegas Raiders (2-2) from Arrowhead Stadium. Kickoff for this one is scheduled for 1:00 P.M. Eastern.

The Raiders come into this one trying to snap a two-game losing streak after losing to the New England Patriots (36-20) and the Buffalo Bills (30-23). A win over the defending Super Bowl champions could go a long way towards preventing the Chiefs from running away with the division before the season’s halfway point.

For the Chiefs, they hope to remain undefeated as they host the Raiders. Their four victories have not been against weak opponents, either. In the last two weeks, Kansas City has taken down the Lamar Jackson-led Baltimore Ravens (34-20), and Bill Belichick’s New England Patriots (26-10).

According to Fanduel, the Kansas City Chiefs come in as overwhelming favorites to win. Their moneyline sits at -900 to win while the Raiders sit at +610. The spread sits at the Chiefs -13.5, and the over/under on total points is 56.5.

Offensively, these two are surprisingly close together. The Chiefs rank ninth in scoring through four games, averaging 29.2 points per game, while the Raiders rank tenth, averaging 27.8 points.

Raiders Hoping To Upset Chiefs On The Road

Without a doubt, coach Jon Gruden and his staff have their work cut out for them trying to slow down the dynamic Chiefs offense, especially playing in Arrowhead Stadium. Still, Las Vegas will hope to upset the Chiefs on the road and narrow the AFC West gap.

Under center, the Raiders are led by quarterback Derek Carr. This season, Carr is 106-of-144 (73.6%) and has thrown for 1,095 yards, eight touchdowns, and no interceptions. He has also rushed nine times for 33 yards.

Josh Jacobs has led the rushing attack with 83 rushes for 300 yards and three scores. While a rushing attack is needed to control the clock and beat the Chiefs, the Raiders will need all of their offensive weapons performing and a solid game from their defense.

After back-to-back games against the Ravens and Patriots, some argue this is a bit of a “trap” game for the Chiefs. Kansas City has a great chance to stay undefeated and move to 5-0 on the season, but they cannot overlook the Raiders.

To do so, they will rely on their young phenom Patrick Mahomes at quarterback. This year, Mahomes has thrown for 1,134 yards, 11 touchdowns, and no interceptions. He has also been sacked just three times and has rushed 18 times for 108 yards and another score.

Around him are a plethora of weapons. Clyde Edwards-Helaire leads the rushing attack with 71 carries for 304 yards and a touchdown. He has also caught 14 passes for 129 yards.

Leading the team in receiving, though, is tight end Travis Kelce. Thus far, Kelce has 24 catches for 297 yards and two scores. Tyreek Hill has also had a solid start to the season with 19 catches for 286 yards and four touchdowns.

The Pick Is In

Undoubtedly, head-to-head it is the Chiefs all day long in this one. Their offense is utterly dominant, and I don’t think there is any way the Raiders can overtake them.

The interesting play here is the spread. In today’s NFL, high scoring is to be expected. It is for that reason that the over/under for total points is set at 56.5. Still, to spot another team almost two touchdowns seems high.

Spotting Oakland two touchdowns is a lot, and the spread of 13.5 is meant to make bettors uncomfortable in their decision. For my money, I am taking Kansas City at -13.5 to win and cover.