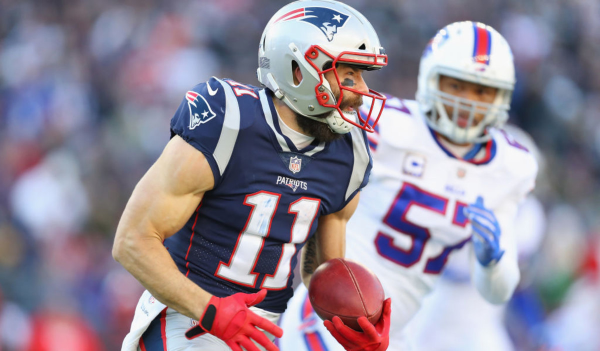 Sunday afternoon features an AFC showdown of first-place teams as the Kansas City Chiefs (8-4) travel to Gillette Stadium to take on the New England Patriots (10-2). The Chiefs currently lead the AFC West by two games over the second-place Oakland Raiders and will look to expand that lead on Sunday. The Patriots are trying to regain their form and build on their one-game lead over the surging Buffalo Bills. Kickoff for this one is scheduled for 4:25 pm ET.

Despite showing some inconsistencies this season, especially when Patrick Mahomes was on the shelf, the Chiefs have shown signs of life over the last couple weeks. This last week, they beat the Raiders after beating the Chargers prior to that. Still, the Chiefs will have to play well, especially on the offensive side against a top-rated Patriots’ defense.

As solid as the Patriots have been this season, they have looked a little more human over the last few weeks, going 2-2. Though the New England defense has been fantastic, the offense has seemed to regress, as Tom Brady looks like age is catching up with him. Still, at 10-2, the Patriots seem poised for another trip to the postseason, where coach Bill Belichick can show his magic.

The Patriots come into this one as three-point favorites playing at home. The over/under for total points scored currently sits at 49.

There is a reason that Mahomes was the league MVP last season, and as he starts to regain his health from a balky kneecap, the rest of the league should take notice. On the season, Mahomes is 227 for 352 for 2,983 yards, 20 touchdowns and just two interceptions. Given that the Patriots lead the league in turnovers, Mahomes’ ability to not produce turnovers could be key.

Mahomes’ leading receiver has been tight end Travis Kelce, who has 68 receptions for 923 yards and four touchdowns. In addition to Kelce, Sammy Watkins and Tyreek Hill are weapons for Mahomes.

On the ground, it has been LeSean McCoy and Damien Williams that have led the way, as McCoy has 84 rushes for 410 yards and four touchdowns while Williams has 83 for 309 yards and three scores. While neither one of those stat lines exactly lights up the league in terms of rushing leaders, they have provided some balance for Mahomes and the passing game.

While the Patriots’ defense has been sensational this season, the offense has sputtered as of late. Looking to right the ship, Brady will be under center Sunday. Brady was on the injury report at times this week in practice but was removed on Friday ahead of the game. On the season, Brady is 297 for 486 for 3,268 yards, 18 touchdowns and six interceptions.

Leading the way in the passing game for Brady are Julian Edelman and James White, as Edelman has 82 receptions for 915 yards and five, while White has 57 receptions for 512 yards and three scores.

On the ground, Sony Michel leads the way for the Patriots with 184 carries for 645 yards and six scores. The aforementioned White has 53 carries for 208 yards and a score.

As good as the Patriots’ record looks, their games lately have seemed rather pedestrian. While the defense is doing an admirable job, Brady is struggling. He doesn’t have a consistent run game, and the wide receivers, aside from Edelman, don’t appear to have Brady’s trust. The end result is sloppy play and low-scoring games. With that in mind, I think the Chiefs will be able to do enough on the offensive side to keep this close, if not win outright.

Last week seemed to show that Mahomes and the Chiefs’ offense were back, as they were impressive throughout. Throw in the fact that the Texans and DeShaun Watson were able to pick apart the Patriots, and this seems like an upset in the making. For my money, I am taking the Chiefs and the three points.