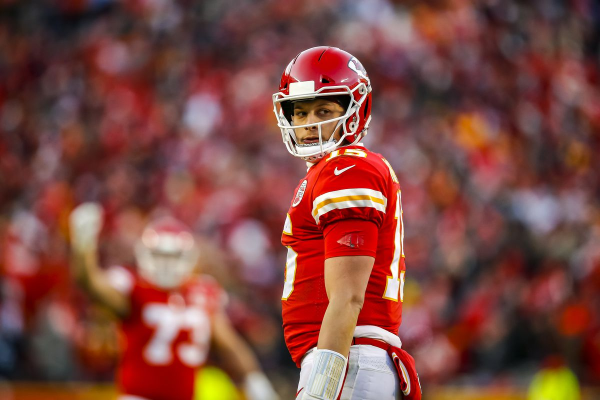 Monday night will feature a double-dip of football in the NFL. After having their Thursday night game postponed, the Kansas City Chiefs (4-1) will take on the Buffalo Bills (4-1) on Monday at 5:00 pm ET in Buffalo.

The Chiefs come into this one having been upset last week by the Las Vegan Raiders, 40-32. In that contest, Patrick Mahomes threw for 340 yards, two touchdowns, and an interception, while Travis Kelce had eight catches for 108 yards and a score. Still, the Chiefs’ defense could not slow down Derek Carr and the Raiders.

The Buffalo Bills also suffered their first loss against the Titans, 42-16. This game was rescheduled for this last Tuesday after issues with the Titans and positive COVID-19 tests. It is for that reason that the Chiefs-Bills game was moved to Monday.

According to FanDuel, the Kansas City Chiefs come into this one as the favorites despite playing on the road. They sit at -235 to win this contest while the Bills’ moneyline sits at +194. The spread features the Bills +4.5 while the over/under for total points is 57.5.

Chiefs Looking To Bounce Back After First Loss

Not many people expected the Raiders to keep it close against the Chiefs last week, let alone win in convincing fashion. For Kansas City, they will now try to bounce back and get back into the win column.

To do so, they will look to lean on their dynamic offense led by quarterback Mahomes. In five games, Mahomes has thrown for 1,474 yards, 13 touchdowns, and just a single interception. He has also been sacked only six times while rushing 24 times for 129 yards and two scores.

Through the air, tight end Travis Kelce (32 catches, 405 yards, three touchdowns) and Tyreek Hill (22 catches for 364 yards and four touchdowns) have done the most damage.

On the ground, rookie Clyde Edwards-Helaire has been respectable as he has rushed 81 times for 344 yards and a touchdown. He has also caught 17 passes for 169 yards. The Chiefs just signed free agent running back Le’Veon Bell this week to deepen their offense and complement Edwards-Helaire.

Bills Trying To Prove They are a Top Team

While most of the quarterback focus has been on players like Mahomes or the Ravens’ Lamar Jackson, Allen is quietly having a solid season for the Bills. In five games, he has thrown for 1,589 yards, 14 touchdowns, and three interceptions. While he has 10 sacks, he has also rushed for 101 yards and three touchdowns.

His favorite target this season has been Stefon Diggs. He has 36 catches for 509 yards and two scores. Cole Beasley has also been solid with 313 yards receiving and a touchdown.

On the ground, Devin Singletary has led the way. He has rushed 61 times for 238 yards and a touchdown. He also has 17 catches for 122 yards out of the backfield.

This one will be interesting to see how both teams bounce back from their first losses. With that being said, it is hard to bet against Mahomes and the Chiefs, especially thinking that they could lose two in a row.

While 4.5 points is more than I am generally comfortable with between two solid teams, I like the Chiefs to not only win but to cover the 4.5 points.