Is NFL Draft In Jeopardy? 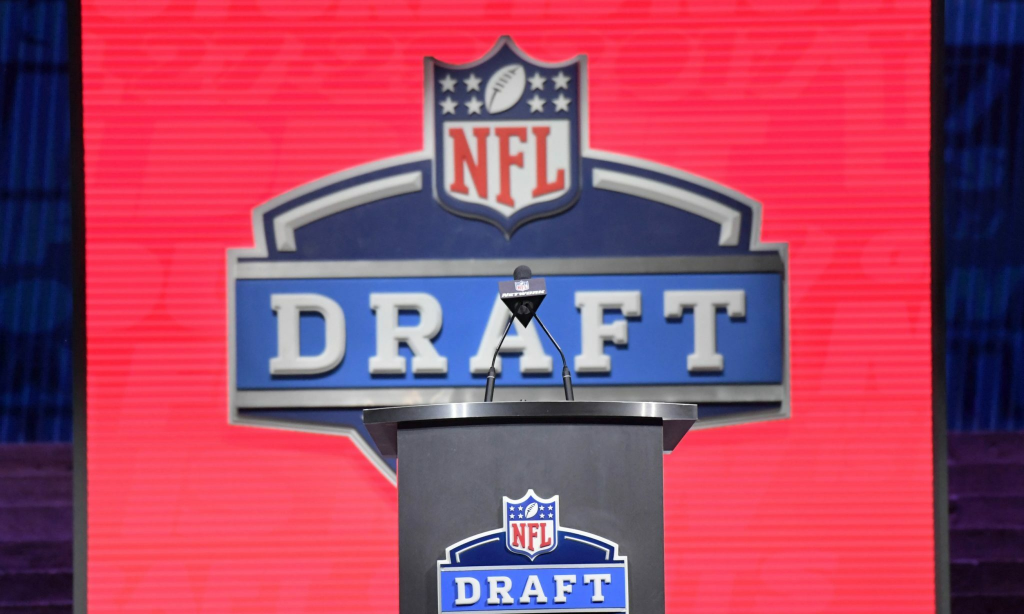 Despite its relatively short season, the NFL has long boasted supremacy over the sports calendar in large part because of the fanfare revolving around the NFL Draft.

This key offseason event, which fuels sports media for months at a time, is now in jeopardy after the league’s general manager subcommittee voted 6-1 in favor of recommending that the draft be pushed back amid the coronavirus pandemic.

According to reports, GMs are concerned about the ability to conduct psychological testing, player physicals, and additional research in a timely manner.

The committee also concluded that some teams would be at a disadvantage by having to conduct the draft from home. While many teams are expected to draft from team facilities, teams in places like New Jersey and California would be in lockdown and unable to leave home.

Despite the strong recommendation for a delay, the NFL is currently planning to go ahead with the draft as planned. If no changes are made, the NFL Draft will take place from April 23-25.

However, there’s still a month to go before the draft is set to begin, leaving the NFL plenty of time to change its collective mind and delay its main offseason event.

In response to the coronavirus pandemic, the NFL is implementing operational and workplace mandates on Wednesday. Among the mandates’ key points was the directive that all team facilities should remain closed, save for a few exceptions of vital personnel.

Through a memo sent to teams on Tuesday, commissioner Roger Goodell stated that one objective of these rules was to “ensure that all clubs operate on a level playing field and that the NFL continues to conduct itself in a responsible way at this time.”

According to reports, this new mandate, which was approved by the league’s competition committee, has no end date. Instead, it “will remain in effect until further notice.”

However, this mandate is not keeping the NFL from conducting business. Tuesday’s memo stated that “clubs are free to conduct all normal business operations, including signing players, evaluating draft-eligible prospects, selling tickets, and other activities to prepare for the 2020 season” during this time.

The NFL now appears to be contradicting itself as it grapples with how to respond to the coronavirus pandemic.

On one hand, the league is implementing rules that it says are meant to “level the playing field.” On the other hand, the NFL is yet to delay the draft despite a strong recommendation from its GM committee for the very same reason.

We’ll have to wait and see if the NFL pushes back its draft from late April. In the meantime, we have a chance to look at the more intriguing aspects of the biggest offseason event of the year.

While there was strong support for the idea that we may have only two quarterbacks drafted in the first round just a couple of months ago, many NFL Draft experts are now expecting four QBs to be taken off the board within the first 31 picks.

One thing hasn’t changed: the fact that LSU’s Joe Burrow (-3500) is the odds-on favorite to go No. 1 overall to the Bengals.

We’ve also been hearing that Alabama’s Tua Tagovailoa is a top-10 prospect if healthy. For now, Tagovailoa is the favorite to go third overall with odds of -110. That position is currently held by Detroit, but this spot is a candidate for a team to move up and claim their QB.

Much of the focus has been on those two college stars, but they now have company in the first round, according to many projections. In fact, they could be joined in the top 10.

Oregon’s Justin Herbert has gone through a roller coaster regarding his draft stock over the past couple of years. Currently, he’s expected to go among the first handful of players. The over/under on his draft position is 5.5, which makes him a candidate for the Dolphins, Chargers, or a team willing to move up.

The darling of this year’s NFL Draft is clearly Utah State’s Jordan Love, who’s surged up draft boards over the past few months. At this point, Love could easily be drafted in the top half of the first round.

According to FanDuel Sportsbook, Love’s draft position over/under is 14.5. Tampa Bay holds the 14th pick in the draft and could feel great about their future by taking Love and having him sit behind Tom Brady for a couple of years.