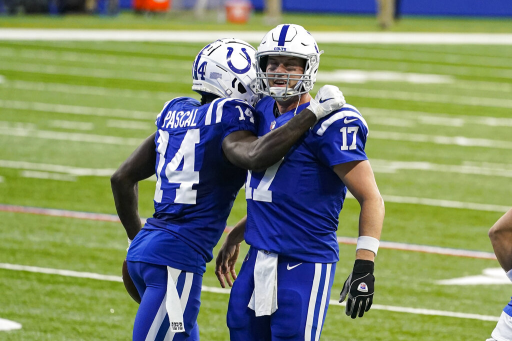 The 11-3 Pittsburgh Steelers are set to take on the 10-4 Indianapolis Colts on Sunday, and this could really end up being one of the better matchups of the weekend. Not only is that clear by the Steelers coming off a 3-game losing streak after going undefeated, but also due to the Colts currently riding a three-game winning streak of their own.

If nothing else, this creates two different goals for Sunday’s game. For the Steelers, this game is all about getting back on track, and proving they are still playoff-worthy. As for the Colts, however, this game is very much about keeping their momentum going and make sure they make a statement heading into the playoffs.

Starting with the Pittsburgh Steelers, they have lost their last 3 games against some easy opponents. The first loss came against the Washington Football team, who defeated them 23-17. That humiliating loss was followed up by a 26-15 thrashing by the Buffalo Bills. The Steelers then shocked everyone with a 27-17 loss to the Cincinnati Bengals that had everyone shaking their head.

And then there’s the Indianapolis Colts, who have been on a three-game winning streak. Of course, the team hasn’t exactly faced the best opponents but fared much better than the Steelers in the latest stretch. For example, they defeated the Texans 26-20, and followed that up with a win against the Raiders. The Colts then beat the Texans a 2nd time 27-20, which was just icing on the cake.

What’s interesting about the Colts heading into this game is the fact that their Quarterback, Philip Rivers, hasn’t given up a single interception in the last 3 weeks. He has also racked up a total 6 touchdowns during that time, making him a threat every time he throws the ball. This means the Pittsburgh Steelers defense is going to have to come up big and force Rivers into critical mistakes.

Speaking of mistakes Roethlisberger has thrown a grand total of 5 interceptions in his last 4 games, which is at least part of the reason for his team’s 3 game skid. Another big reason is the fact that he has only added 5 touchdowns in that same period, making the Pittsburgh Steelers passing game remarkably less effective.

As for the Colts, Philip Rivers is paying off as the Colts Quarterback, and could very well win Sunday’s game on his consistency alone. In fact, between Rivers producing some of the best passing numbers in the league right now, and the run game to back him up, it’s becoming clear that the Colts could end up embarrassing Pittsburgh.

Finally, look at the fact that the Steelers run game is nonexistent now, and will force a lot of the offensive load on Roethlisberger. Unfortunately for the former Super Bowl-winning Quarterback, this will leave him vulnerable to more mistakes throughout the game. Mistakes that could end up costing them another key victory and expose them as playoff pretenders.

The Indianapolis Colts are listed as the 1.5 favorites to defeat the Pittsburgh Steelers this Sunday, which would mean that the Steeler’s losing streak continues. The Money Line lists Indianapolis at –124, and the Steelers at +106. As for the over/under, it currently stands at 43.5, and seems to show that oddsmakers expect some kind of lopsided blowout. Either that or an offensive blowout between the future Hall of fame Quarterbacks.

According to Fanduel.com, 76% of the gamblers on the site are going for Indianapolis, while 24% are going with the previously undefeated, Steelers. Although some of that might have to do with how bad some NFL fans think the Steelers are this year, it might just be a sign that a lot of gamblers have lost confidence in the group. At least against a wildcard contender like the Colts.

Might as well make it four straight losses for the Pittsburgh Steelers. In all honesty, Roethlisberger is just making too many mistakes for this team to go anywhere right now. Follow that up with one of the most nonexistent running games in the league, and you have all the makings of a 4th loss for the Steelers.

In the end, put your money on the Colts, and watch the Steelers implode from their multitude of problems. Keep in mind that this is a group that has gotten beaten by 2 of the worst teams in the league, making them an easy victory for the Colts. Indianapolis just has too many weapons on offense for them to lose to a team that is struggling to move the ball.