How Can the Cowboys Bounce Back Against a Hot Vikings Squad? 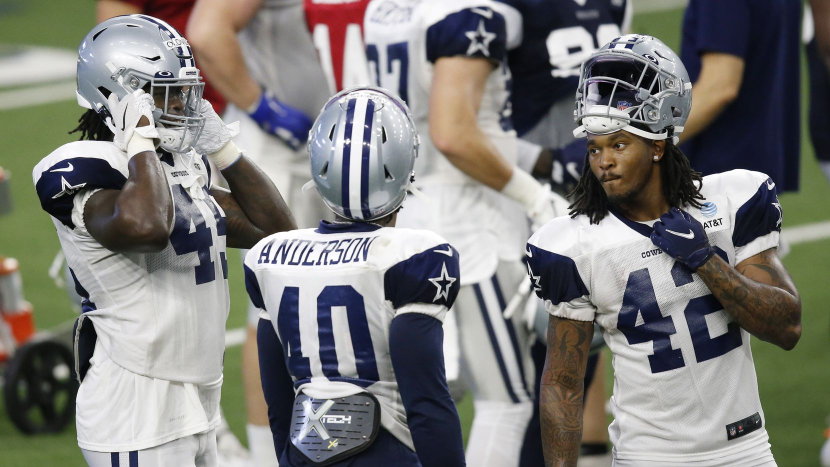 The Dallas Cowboys will be taking on the Vikings in Minnesota this Sunday, November 20th, at 4:25 p.m. EST on FOX. The Vikings will not be allowing any fans to attend for the rest of this season due to Covid-19, eliminating their home-field crowd advantage.

The Cowboys are coming off four straight losses, failing to win since starting quarterback Dak Prescott went down with a season-ending injury. The Vikings have won their past three games, all coming against NFC North divisional opponents.

The Vikings’ running back, Dalvin Cook, has been putting up monstrous performances all year long, scoring a touchdown in every game he’s played so far. He leads the offense, and will match up well against a Cowboys defense that gives up 157 yards rushing per game on average, the second-most in the NFL. If the Vikings can establish Cook early, it will open up passing lanes and the play-action for quarterback Kirk Cousins.

Wide receivers Adam Thielen and Justin Jefferson are amongst the best duos in the NFL, and because of this, it could turn into a massive day for the Vikings’ offense. Jefferson is a deep-threat, averaging 18.1 yards per reception, while Thielen does the bulk of the scoring, hauling in nine touchdowns, tied for the most in the NFL.

The Vikings have been average on defense this season, giving up 27.4 points and 383.6 yards per game. Linebacker Eric Kendricks has been the most productive player for them on defense; he has 87 tackles and an interception. The Vikings’ pass-rush will need to step up to help pressure the vulnerable Cowboys’ offensive line and passing game; they only have 18 sacks this season.

The Cowboys offense has been struggling since Dak Prescott was injured; they have failed to score 20 points since. They have started three different quarterbacks in the past four games and lost all sense of cohesiveness and chemistry within their offense. Andy Dalton is returning this week from injury, which will provide much-needed experience within the offense. In his only full start this season, Dalton threw for 266 yards on 54 attempts, one touchdown, and two interceptions.

Ezekiel Elliot’s numbers have gone down as well due to the lack of passing game and a struggling offensive line; defenses have been able to hone in one stopping the ground game with not much to worry about coming through the air. He hasn’t rushed for more than 65 yards in a game this season without Dak.

The play-action will be an essential aspect of the offense if Zeke can get going; wide receivers Amari Cooper, Ceedee Lamb, and Michael Gallup are all explosive playmakers with the ball in open space. They are one of the NFL’s best wide receiver trios; the Cowboys need to find a way to get them more involved if they hope to win this game.

The Cowboys defense has struggled this year, giving up a league-high 32.2 points per game on average. They will need to execute much better if they hope to stop the high-powered Minnesota offense; there are too many threats. A key to doing so will be linebacker Jaylon Smith; he is their defensive leader with a team-high 89 tackles. Their defensive line will need to play well in the running lanes to slow down Cook; he is the motor of this Vikings offense.

For the Vikings, starting guard Ezra Cleveland has been ruled out. Tight end Irv Smith Jr. and cornerback Cameron Dantzler are questionable.

Out for the Cowboys is starting center Tyler Biadasz. Defensive ends DeMarcus Lawrence, and Randy Gregory are questionable.

This game will come down to the offensive performance of the Cowboys. They have to score more points; in three of their past four games, they have failed to score more than 10 points. This will not win football games in the NFL. If Dalton can help relieve some of the pressure and open up the offense, Zeke will be able to get in a groove, and they can ride their best player. If Dalton puts up a lackluster performance, expect the Vikings to win big.