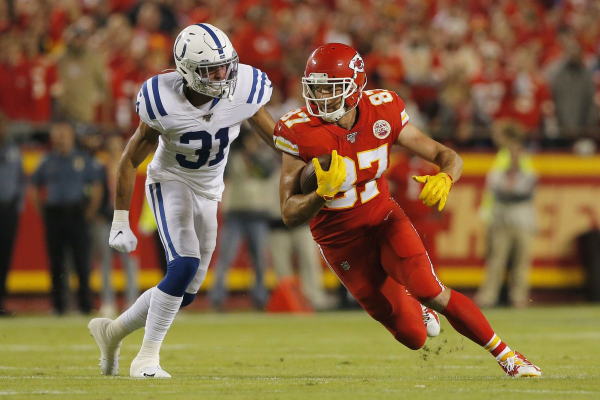 Arrowhead Stadium will be the site for one of the best games on the Week 6 NFL schedule as the Kansas City Chiefs play host to the Houston Texans. Both of these teams were division winners and AFC playoff teams a season ago, and that same thing should be expected this season. This game will also feature two of the top young quarterbacks in the NFL, and there should be plenty of points scored in this game. This game has huge playoff implications in the AFC and could be a playoff preview.

The Kansas City Chiefs struggled mightily on offense in their only loss of the season, but they were also extremely banged up. Quarterback Patrick Mahomes has thrown just one touchdown pass in the last two games after throwing for 10 of them through the first three games. Tight end Travis Kelce leads the team with 439 receiving yards this season, but the return of Tyreek Hill might change those numbers. The Chiefs want to win games with their offense, but they need to play better in this one.

Kansas City has given up just 22.6 points per game this season, and they have actually played much better in 2019. The Chiefs are going to give up points due to their fast pace on offense, but this game could be a struggle for the team. Kansas City has just 11 sacks so far this season, but they will need to get some pressure on Deshaun Watson in this game.

Houston’s Defense Can Be Dominant At Times

The Houston Texans might not be able to score points as quickly as the Kansas City Chiefs, but they aren’t too far behind. Houston does have a much better defense than the Chiefs, and that can help them win this game. The Texans have racked up 15 sacks and forced nine fumbles already this season, and they will spend some time hitting Mahomes in this game. Houston is going to give up some points to the Chiefs in this game, but they can also wreak some havoc.

Watson has been sacked a whopping 18 times already this season, but he has been sharp when given some time. Watson will likely take advantage of a bad Chiefs secondary in this game, and Houston will put up some points. Running backs Carlos Hyde and Duke Johnson have been a force in the backfield, and they will need to run it well to keep the Chiefs off of the field.