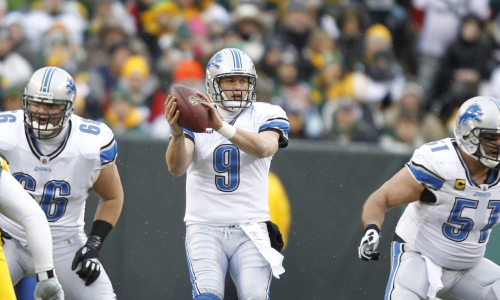 Aaron Rodgers and the Green Bay Packers (9-3) travel to Detroit with an opportunity to clinch the NFC North for the 2nd consecutive season. The Packers will clinch the division with a win this weekend over the Detroit Lions (5-7) and a Minnesota Vikings loss or tie. Detroit, on the other hand, looks to keep their playoff hopes alive, as they sit 1 game behind in the race for the 7th seed.

When talking about the Packers, most of the attention goes to the offensive side of the ball, deservingly so. When you have Aaron Rodgers playing arguably his best football since 2011, Aaron Jones coming off his best game in several weeks, and Davante Adams continuing to be uncoverable, game after game, it’s hard not to pay attention to the NFL’s top-scoring offense. However, it’s the other side of the ball that will ultimately decide if this Packers team is Super Bowl worthy, or come up short in the playoffs, again.

After last week’s win versus the Philadelphia Eagles, Za’Darius Smith told reporters that he used the Packers’ coaches’ open-door policy to pay a visit to his defensive coordinator. Apparently, Smith and Pettine had a very productive conversation. The Packers’ defense came up with 7 sacks of Philly quarterbacks, a season-high. The Packer’s defense will need to keep improving, particularly in the run game, if they want to go deep in the playoffs this year.

One week after firing Head Coach Matt Patricia and GM Bob Quinn, the Detroit Lions pulled off an unlikely come-from-behind victory over a division rival, Chicago Bears. Interim Head Coach Darrell Bevell received the game ball from quarterback Matthew Stafford after the game. Bevell’s approach of bringing more fun and enthusiasm throughout the week must have rubbed off on the rest of the team. Detroit had lost 5 straight games and was down 10 points with a little more than 4 minutes left in the game, yet they never gave up, and ultimately came out with a win.

Stafford threw for over 400 yards and 3 touchdowns in the game and the veteran running back, Adrian Peterson, added two scores of his own. Romeo Okwara and the Lions defense came up with a strip-sack of Mitchell Trubisky with 1:46 to play, setting up the game-winning touchdown. Detroit moved to 5-7 on the year and kept their playoff hopes alive.

The only injury of concern for the Packers headed into Week 14 was the addition of Safety Darnell Savage late in the week. Savage is listed as questionable with a groin injury.

The Lions, on the other hand, have ruled out wide receiver Kenny Golladay, Tackle Tyrell Crosby, and cornerback Jeff Okudah.

In Week 2, the Green Bay Packers welcomed the Lions to Lambeau Field, and after the Lions took a 14-3 lead at the end of the first quarter, the Packers scored 31 straight and rolled to an easy victory, 42-21. I expect more of the same, in this Week 14 matchup indoors at Ford Field. Look for Aaron Rodgers to dice up the lion’s defense again, and for Davante Adams to score a touchdown in his 8th straight game, which would be a franchise record. I also like Aaron Jones to build off a good performance last week and play well against a Detroit defense he scored 3 touchdowns against in their first matchup. Missing their starting right tackle and best wideout will really hurt the Lions in a game where they will need to score a lot of points to keep up with the Packers. I see another comfortable win for the Packers, who should cover easily, and I also think the over with hit as well. Packers 38, Lions 23