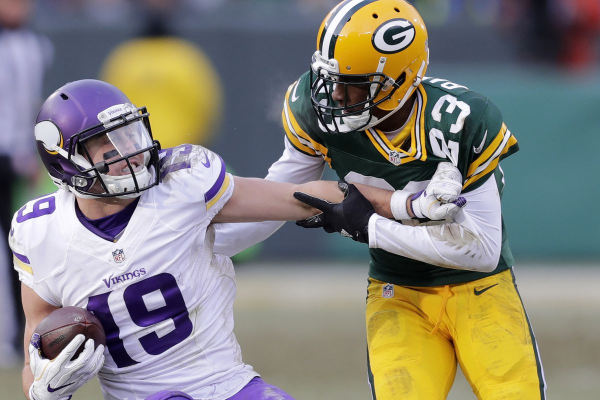 In a year that has been anything but, we will finally get some normalcy as football is back. After an impressive game on Thursday between the Chiefs and Texans, the rest of the league kicks off on Sunday.

One of the featured games of opening weekend is an NFC North showdown with the Packers traveling to U.S. Bank Stadium to take on the Vikings for a 1:00 pm ET kickoff.

The Packers aim for a repeat as NFC North champions following a 13-3 campaign a year ago. Led by QB Aaron Rodgers, the Packers are one of the favorites to win the division. Green Bay was 6-2 on the road in 2019.

The Vikings were 10-6 a year ago, second in the North. Kirk Cousins, Dalvin Cook, and Adam Thielen will lead the charge for the Vikings’ offense while the defense received a big boost with the acquisition of defensive end Yannick Ngakoue from the Jaguars.

Minnesota ranked 11th in the league in scoring last season with 24.6 points per game. Green Bay was 14th, averaging 23.6.

The Vikings also had a better scoring defense a year ago, allowing 19.4, which was the 6th best in the league. The Packers were 12th in points allowed, surrendering 20.7 per game.

37-year-old Aaron Rodgers continues to play at an elite level. Rodgers started every game for the 13-3 Packers a year ago, throwing for 4,002 yards, 26 touchdowns, and just 4 interceptions.

While there has been concern about the options Rodgers has to throw to, his primary receiver, Davante Adams is one of the best in the NFL. Adams played in only 12 games a year ago but caught 83 balls for 997 yards and 5 touchdowns. The biggest benefit for Adams in the season opener is that he is healthy.

Aaron Jones looks to build on a breakout campaign in 2019. He rushed 236 times last season for 1,084 yards and 16 touchdowns while adding 49 receptions for 474 yards and another 3 scores.

Vikings Try To Establish Dominance In Game One

Kirk Cousins remains the Vikings starting quarterback. He threw for 3,603 yards last season with 26 touchdowns and 6 interceptions. Cousins aims to prove he can win the big one and the season opener qualifies as a feature game.

The Vikings have one of the better rushing offenses in the league led by Dalvin Cook. In just 14 games a year ago, Cook gained 1,135 yards and scored 13 touchdowns. The versatile RB also hauled in 53 catches for 519 yards.

Hard To Bet Against Rodgers

The Vikings have home field advantage and, on paper, the better team. Rodgers is the x-factor for Green Bay, though.

For that reason, I have a hard time betting against the Packers in this one, especially when they are spotted points. For my money, I am taking the Packers at +2.5.