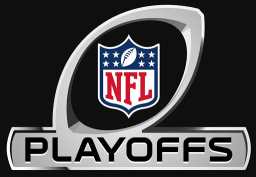 Starting in the 2020 season, it’s going to get just a bit easier to make the playoffs in the NFL. On Tuesday, NFL owners formally approved the postseason expansion that will increase the number of playoff teams from 12 to 14.

Three-fourths of the league’s owners were needed to approve the change — a threshold that was met during a conference call that took place in lieu of the annual meetings. While many expected the vote to expand the playoff field, nothing was official until Tuesday.

This will be the first increase to the number of postseason teams since 1990 when the NFL made the jump from 10 to 12 teams.

According to reports, commissioner Roger Goodell first played with the idea of a 14-team playoff field 10 years ago, and a similar plan came relatively close to fruition in 2014. Instead, the league chose to wait until a new collective bargaining agreement was in place, which occurred earlier this year.

An intriguing part of the new agreement is the fact that CBS’s extra Wild Card game will also be aired on Nickelodeon and tailored to a younger audience.

Only One Bye Per Conference Under New Format

While the new postseason format makes it easier to reach the playoffs, it makes it harder to earn a bye week. In either conference, only the top seed will be rewarded with an off week during the Wild Card round.

This new reality is a consequence of the additional Wild Card team, which will need an opponent in the opening round of the playoffs. So, the Wild Card round will be formatted as such in both the AFC and NFC:

Under the previous format, the top two seeds in each conference received a bye week to the Divisional round.

And while NFL purists may not be fans of the change because the honor of reaching the playoffs is slightly diluted, it’s worth noting that the NFL still allows a significantly fewer percentage of its teams into the playoffs compared to the NBA and NHL.

With the new format, 43.7% of NFL teams will now reach the postseason, while 51.6% of NHL teams and 53.3% of NBA teams earn a playoff berth. The only major league with a stricter postseason field is the MLB, in which 33.3% of teams enter the playoffs.

There are plenty of winners as a result of the new playoff format. The two additional Wild Card games will earn more revenue for owners and players to split, the TV networks have two more games to air, and fans get more postseason football to watch.

The only obvious loser is whichever team earns the second seed in each conference.

In years past, betting odds consistently showed an obvious cutoff between the top two teams and the remaining four teams in each conference. This was because the No. 3 seed to the No. 6 seed would have to win three games to reach the Super Bowl, while the top two seeds would only need two wins to earn the conference title.

Now, expect a significant gap between the No.1 seeds and the rest of the field when it comes to Super Bowl odds. In addition to home-field advantage throughout the playoffs, the top seed will be the only team to enjoy a week of rest during Wild Card Weekend.

With that in mind, this new format could create more entertaining ends to the regular season, as the leading teams in either conference will be racing for the No. 1 seed with an eye on earning that bye week.

According to the odds, the race for the No. 1 seed could play out between the Chiefs and Ravens in the AFC and the 49ers and Saints in the NFC.