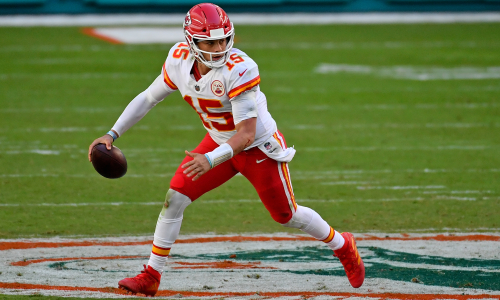 In what may end up being a preview for Super Bowl 55, the Chiefs are set to clash with the Saints in Week 15 of the NFL. Drew Brees will be making his first start since dislocating multiple ribs in Week 10 against the 49ers.

Odds for Saints vs Chiefs

New Orleans is set as a 3-point home underdog at FanDuel to the defending Super Bowl champions and the total is set at 52.5

The key to beating Patrick Mahomes and the Kansas City Chiefs is no secret. Run the ball, drain the clock, and keep the NFL MVP frontrunner off the field. The Chiefs are allowing the third-most yards per carry by opposing teams at 4.7 yards per rush, so a successful run game can certainly wear them down. In the Chiefs only loss of the season, the Raiders ran the ball for 144 yards and had their offense on the field for eleven more minutes than Kansas City did.

The Saints run game hasn’t exactly been what it has been in recent years behind Alvin Kamara. Despite him being successful catching the ball out of the backfield this season, he hasn’t had a single 100-yard rushing game. The Saints are just 13th is yards per carry at 4.4.

Chiefs offense has hit its stride

No offense in the NFL has been as explosive as the Chiefs offense has over the past few weeks. They averaged an astounding 7.3 yards per play over the last three weeks, that’s first in the NFL by a wide margin. They’ve also averaged 9.1 yards per pass attempt and 27.3 points per game. They also lead the NFL in passes over twenty yards, they’ve had a total of sixty such plays this season. That’s the highest mark in the NFL by nine.

If the Saints defense wants any hope of shutting down the Chiefs, they’ll have to put pressure on the quarterback. They are 7th in sacks per game averaging 2.8 per contest but the Chiefs offensive line has been solid in pass protection this season, allowing just 1.5 sacks per game.

It’s pretty rare nowadays to be able to bet on Patrick Mahomes at this low of a spread, so it’s best to take these opportunities when we can. The Chiefs have been gaining an average of 447.7 yards per road game this season, so don’t let the fact that the game is in New Orleans sway you away from placing this bet.

With question marks surrounding exactly how effective Drew Brees will be with his current injury status, not to mention he’ll be without his favorite target Michael Thomas, it can be tough to justify a bet on him out-dueling the high-powered Chiefs offense.