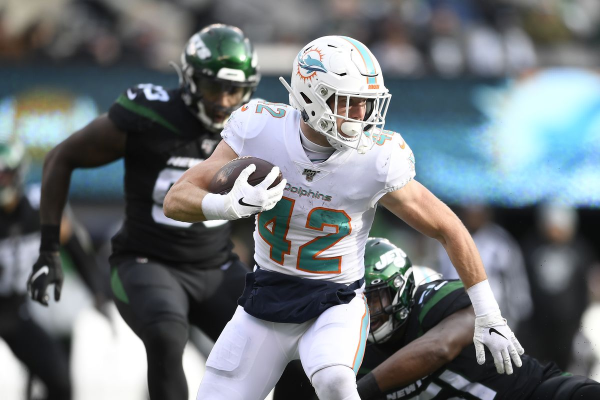 I love this week’s NFL slate because of all of the decision points with so many injuries to deal with all over the league. I want to get into some common roster construction mistakes this week and tackle some of the most prevalent injury situations.

Being Different In A Week Full Of Great Chalk

The general point of being different in DFS is to avoid splitting your prizes if you happen to get to the top of the leaderboard, but there are other subtle advantages to being different as well. When you play a lineup without the two 40 percent plays, and you replace them with one percent players, if your players outperform the popular plays, you have a very clear path to the top without having to get as much right, and this helps a lot. The issue is that it’s not always best to fade the popular players.

When attacking a slate with a lot of chalk, you need to take a step back and think about the probability that the player that you want to play being in a winning GPP lineup. If a player is 40 percent to be in the winning lineup based on your thoughts on his situation, don’t fade him at 30 percent owned, even if it doesn’t feel great.

On a slate like this, there are a lot of options, though, and I do want to leverage the players with similar expected outcomes that seem to have fallen through the cracks. I do think it is important to try and have general ownership knowledge on this slate to leverage these heavily owned players.

The Dolphins have a few things to target this week, and some are still to be determined. Wide receiver 1 for the Dolphins, DeVante Parker, is currently questionable with a concussion. If he were to sit, Isaiah Ford would quickly become very owned, and he would also become a great play at a cheap price coming off of a nine-target game last week.

Patrick Laird is probably my favorite play on this slate because of the lack of direct pivots with anywhere close to the same opportunity, especially if Parker is out, because Laird is a good pass-catcher. Laird is the only back in his price-tier on most sites that is the clear RB1 on both rushing and passing downs, making him both safe and valuable.

The Eagles are very, very injured at receiver. Alshon Jeffrey and DeSean Jackson are both on injured reserve, and Nelson Agholor is questionable, but he is likely less than 50 percent to play this week. This would leave the Eagles with two true receivers on the roster.

This gives me a lot of confidence in all of the pass-catching options. I love Zach Ertz as he is clearly the receiver that Carson Wentz trusts to make plays. Both JJ Arcega-Whiteside and Greg Ward are good cheap plays when you need them because we have to imagine that they have ample opportunities for their price tag.

The Bucs have a few injury concerns surrounding the team, but the one that will get the most attention is the fact that Mike Evans is out. Evans missed part of the last game, and Justin Watson stepped in to see eight targets for five catches and a TD.

Watson will likely be the wideout opposite of Chris Godwin in two- and three-wide receiver sets this week, and even if they play Breshad Perriman over Watson in two-man sets, the Bucs run plenty of three-receiver sets to make Watson worth it.

The biggest question mark around the Bucs this week is Jameis Winston’s thumb, which he injured in their last game. I expect Winston to play, and I have no real concerns about his play simply because he is extremely volatile anyway. Hopefully, Winston’s health leads people away from this game.