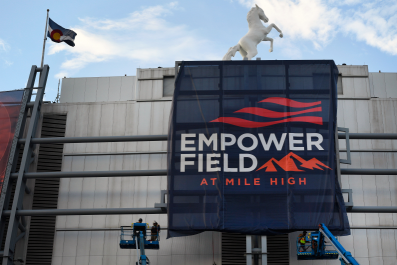 Now that Colorado has legalized sports betting within its borders, it’s time for businesses and professional teams to start making moves and put themselves in a better position for the future.

Well, the Denver Broncos wasted no time in jumping on that opportunity. On Tuesday, the three-time Super Bowl champs struck a deal with Betfred USA Sports, the long-time UK-based company that recently expanded operations in the US.

In a similar move, the Broncos agreed to a multi-year deal with FanDuel on Monday. Because it wasn’t an exclusive deal, the team is allowed to negotiate with other vendors.

Betfred has been in existence since 1967, but the digital platform just came about in 2004.

“One of the big reasons why we wanted to work with the Broncos is we’re not a known entity here, and we know it’s going to be a competitive marketplace for sports betting,” said Bryan Bennett, chief operating officer for Betfred USA Sports, in a phone interview with the Denver Post.

“We felt pretty strongly we needed to go to market with the most powerful partnership we could and in Colorado, that’s the Broncos. They were always No. 1 on our list to get a deal with.”

Betfred will launch its US mobile app later this summer but will first open its first retail location on Wednesday at the Saratoga Casino in Black Hawk, Colo. They already have two locations in Iowa (Grand Falls Casino) and one coming soon in Pennsylvania (Wind Creek Bethlehem).

Outside of Empower Field at Mile High, Betfred will have a lounge – which is actually a hospitality tent – that will be available for fans.

“We’re really excited to have the activation space so we can interact with fans and bettors on game day,” Bennett said. “The lounge will be a great place for fans to come in for some pre-game (betting).”

Knowing that they have this potential combo deal, it’s hard for Betfred not to be excited at this point. After all, they are getting one of the premier franchises in the NFL to go along with a group of people that is eager to capitalize on their newly found ability to bet.

“Betfred’s combination of a physical sportsbook at Saratoga Casino, extensive retail offerings in Europe and an upcoming online offering make them an organization we think Broncos fans will enjoy engaging with,” Broncos chief commercial officer Mac Freeman said in a statement on the team’s website. “They are relatively new to Colorado and are enthusiastic to be a part of gameday at Empower Field at Mile High.

“Through a tailgate activation featuring a gaming lounge adjacent to Sports Legends Mall, we will be able to provide our fans with a new and exciting onsite experience at our stadium.”

The Draw Of Colorado

When asked why Colorado was such a great landing spot to expand Betfred’s US operations, Bennett said: “Colorado has a really passionate fan base, and all of the major leagues are represented here and the fans, in general, are heavily into sports and sports betting.”

“For all of the European companies, the US has been seen as the great frontier given the passion of sports fans here and just how big the Vegas gaming market is,” Bennett said. “Everybody had their eyes on the US to be a huge opportunity, and Betfred was no different.”

With this move by the Broncos, it will be interesting to see if other teams follow suit. Sports betting is either legalized or has plans to be legalized in 22 states of the US. Other teams like the New York Giants, the New York Jets, and the Washington Redskins have expressed interest in partnering with similar companies like FanDuel and Betfred.