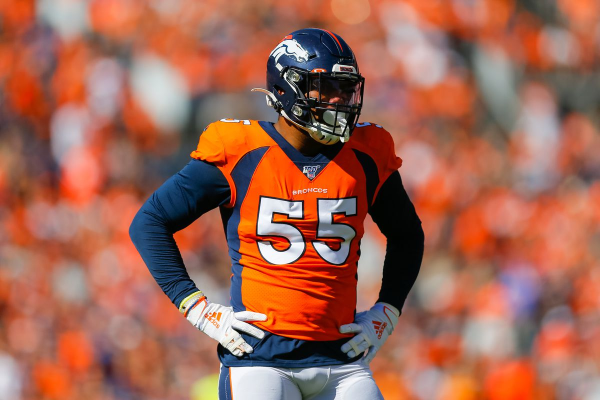 Barring a tie, one team is bound to get its first win of the season when the Denver Broncos face the New York Jets on Thursday night. Of course, that also means that one team will be a dreaded 0-4 afterward. Oddsmakers aren’t quite sure what to make of this game, as it’s listed as a straight-up PK with an over/under of 39 points.

The Jets, somewhat predictably, have been a train wreck this season. They have lost their first three games of the season by increasingly wider margins. New York fell to the Bills by 10 points, the 49ers by 18 points, and the Colts by 29. There are rumors that head coach Adam Gase will be fired if the Jets lose on Thursday, which might actually have some Jets fans rooting against Gang Green.

The Broncos lost their first two games of the season by a combined seven points. That trend changed last week when Denver lost at home to the Buccaneers 28-10. It is hard to find a team that’s been hit by injuries worse than the Broncos over the first three weeks, though. Given their competitive losses in Weeks 1 and 2, the Broncos feel capable of turning things around with a win on Thursday.

With Drew Lock hurt and Jeff Driskel ineffective last week, the Broncos turn to third-stringer Brett Rypien on Thursday. The former Boise State quarterback has completed eight of his nine career passes, albeit for a modest 53 yards. The inexperienced Rypien is also working with a young group of receivers, especially with Courtland Sutton among the team’s injured players.

With the passing attack struggling, the Buccaneers were able to stack the box against Melvin Gordon last week, limiting him to 26 yards on eight carries. If Rypien can’t get things going, Gordon will once again be fighting an uphill battle.

Of course, the Jets haven’t exactly been stout defensively this year, allowing over 31 points per game. New York has been equally ineffective against the run and the pass., plus the Jets failed to record a sack or force a turnover against the Colts last week.

Through three weeks, the Jets are officially the worst offensive team in football, averaging a league-low 12.3 points per game. They rank 31st in passing yards and 28th in rushing yards, so nothing seems to be working.

Sam Darnold has been made the scapegoat, throwing more interceptions than touchdowns thus far. The supporting cast around the QB hasn’t made things easy, with Le’Veon Bell on IR and Jamison Crowder not playing since Week 1. The Jets are also a little banged up on the offensive line, which doesn’t help matters.

The only source of optimism for the Jets might be the state of Denver’s defense. Von Miller is just one of eight defensive players on the IR for the Broncos. Cornerback AJ Bouye and defensive end Jurrell Casey are also among the key players the Broncos are missing on defense.

To their credit, the Broncos have hung in there against some good offensive teams during the first three weeks of the season. But with this many injuries, a defense can only bend so much before breaking.

Race to the Bottom

So much has gone wrong for both of these teams that it’s difficult to envision either team winning a game right now. However, the Jets have their starting quarterback healthy and aren’t missing half of their defense. In theory, that should be enough to get a win. Bet on the Jets (PK) to beat the Broncos on Thursday.