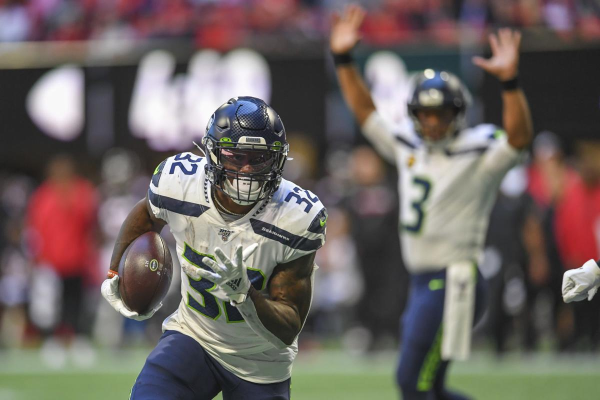 Sunday afternoon features a matchup of two of the better offenses in the NFL as the Dallas Cowboys (1-1) travel to Century Link Field to take on the Seattle Seahawks.  Kickoff for this one is scheduled for 4:25 pm ET.

Dallas is 1-1 after losing 20-17 at the Rams in Week 1 before beating Atlanta 40-39 at home last week.  Dak Prescott was great in the victory over the Falcons, tossing for 450 yards and no interceptions, with a TD pass.  Prescott added 5 rushes for 18 yards and 3 touchdowns on the ground.

The Seahawks have been one of the most impressive teams early in the 2020 NFL season, after beating Atlanta 38-25 in the opener and outlasting New England 35-30 last Sunday night.  In the week two win over the Patriots, Russell Wilson was dynamic with 288 yards, 5 touchdowns and an interception.

According to Fanduel, the Seattle Seahawks come into this one as the overwhelming favorites with Moneyline odds of -225.  The Cowboys are a +188 underdog while the spread favors Seattle by 5 points with an over/under of 56.5.

The Seahawks also have a slight edge in scoring defense. Seattle ranks 21st overall in points allowed per game at 27.5 and Dallas has had a tough start giving up 29.5 points per game.

Cowboys Prove They Are An Elite Team?

After a disappointing 8-8 season last year, the Cowboys are trying to prove they deserve to be in the upper echelon of the NFL.  One of the best ways to show legitimacy in 2020 is with a win in Seattle.

Prescott leads the Cowboys on the road on Sunday afternoon.  Through two games, the Dallas QB has thrown for 716 yards, 2 touchdowns and no interceptions.  He has also rushed 8 times for 48 yards and another 3 scores.

While the Cowboys have dominant receivers in Amari Cooper and Michael Gallup, it is a rookie that has stolen the spotlight early on this season.  In the win over the Falcons, CeeDee Lamb hauled in 6 receptions for 106 yards.

Rounding out the offense is running back Ezekiel Elliott.  Last week, the Dallas RB rushed 22 times for 89 yards and a score.  Needless to say, the Seahawks’ defense will have their hands full Sunday.

Both teams can put up points in bunches, it’s why the betting total is the highest of the Sunday slate at 57. Wilson is on fire to start the season throwing for 610 yards, 9 touchdowns and just a single interception.  Wilson has completed over 80 percent of his passes through two weeks.

As the week has progressed, the line has moved from the 3.5 open to the Seahawks as 5-point favorites.  While the additional points makes it tougher to lean Seattle, that is still where I am going on Sunday.

Both of these offenses have the ability to put up points in a hurry, but I think Seattle’s defense gives them the edge. Even without the “12th man” fan base at home like previous years, I am still taking Seattle -5.