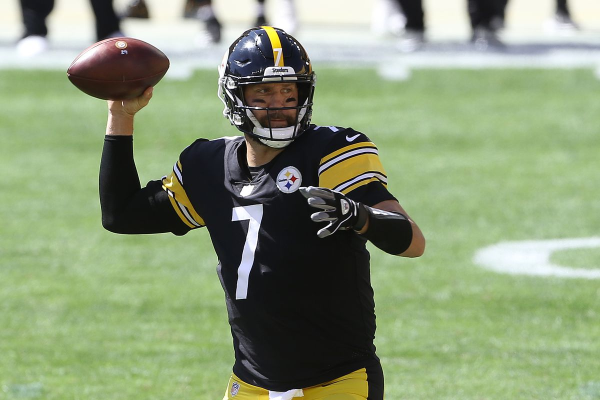 Sunday features an AFC North showdown as the Cleveland Browns (4-1) travel to Heinz Field to take on the Pittsburgh Steelers (4-0). This battle of four-win teams will kick off at 1:00 pm ET.

Right now, the AFC North is arguably the best division in all of football. Not only do the Steelers and Browns have four wins each, but the Baltimore Ravens also have four wins. As a result, every win could be crucial down the stretch.

For the Browns, they come off of an impressive win at home over the Indianapolis Colts, 32-23. In the victory, quarterback Baker Mayfield threw for 247 yards, two touchdowns, and two interceptions while Kareem Hunt rushed 20 times for 72 yards.

The Steelers are also coming off a win as they beat the Philadelphia Eagles 38-29. Ben Roethlisberger threw for 239 yards and three touchdowns while rookie wide receiver Chase Claypool hauled in 110 yards, and all 3 of those touchdown passes.

According to Fanduel, the Steelers come into this one as the favorites playing at home. They currently sit -166 to win while the Browns’ moneyline is at +140. The spread features the Browns +3, and the over/under for total points is 51.

Defensively, it has been all Pittsburgh. They rank 6th in terms of points allowed per game at 21.8. The Browns fall to 25th as they are allowing an average of 29.8 points per game to opponents.

Early on this season, the Browns finally look like they are clicking. After years of rebuilding and high hopes for successful teams, it seems like it might be finally paying off.

Leading the offense under center is quarterback Mayfield. This season, he is 93-for-152 and has thrown for 976 yards, nine touchdowns, and four interceptions. He has also been sacked seven times in five games.

Leading the way in the backfield has been Kareem Hunt. He has 70 rushes for 347 yards and three touchdowns. He also has 11 receptions for 63 yards and another three scores. He will look to keep it going as he takes the lion’s share of snaps in Nick Chubb’s absence.

The Pittsburgh Steelers know that they have little room for error in a loaded AFC North. A win on Sunday would help create some breathing room between them and a significant contender in Cleveland.

Roethlisberger has been solid in his return after missing most of last season. He has gone 100-for-143 for 1,016 yards, 10 touchdowns, and just a single interception. He has been sacked six times thus far.

Through the air, JuJu Smith-Schuster (21 catches, 188 yards, three touchdowns) and Diontae Johnson (15 catches, 147 yards, one touchdown) have led the way; however, both Johnson and Smith-Schuster have been dealing with injuries (especially Johnson).

Defensively, T.J. Watt has led the way with 4.5 sacks and 12 tackles. Steven Nelson has also had a nice start as he already has two interceptions in the secondary.

Taking The Steelers At Home

This one is tough to call because both teams will be motivated. While both can put points on the board, I think this one will come down to who can make a defensive stand. Between the two teams, the Steelers are the ones that have shown they are more capable on the defensive side.

For my money, I like the Steelers not only to win straight up, but I think they wear Cleveland down and cover the 3-point spread.